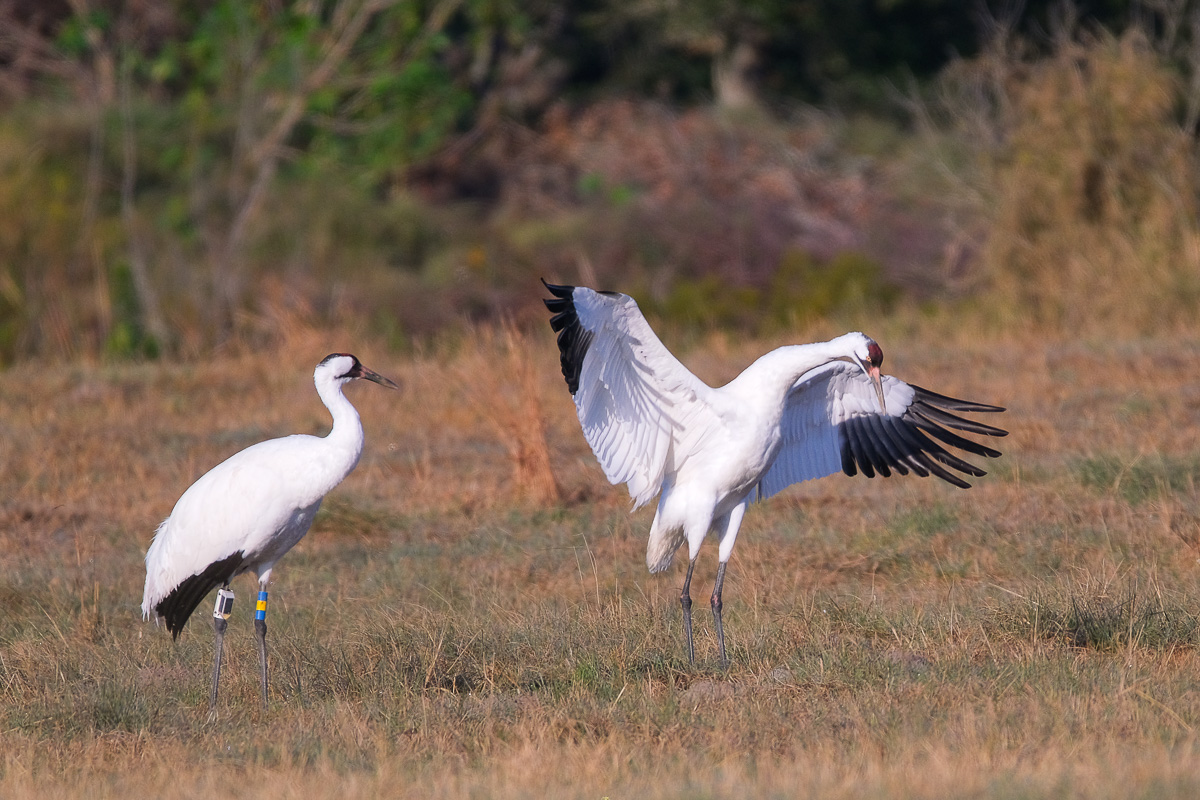 I got a tip from a resident that some of the Whooping Cranes have been spotted close to The Big Tree, near Goose Island State Park. I got up early and arrived an hour before sunrise. As daylight started to appear, there was some dense fog. I had 4 Whoopers fly over the top of me towards another open field.

I watched for a minute and then drove one road over and spotted the Cranes. I took a few shots, but the fog was still too dense. 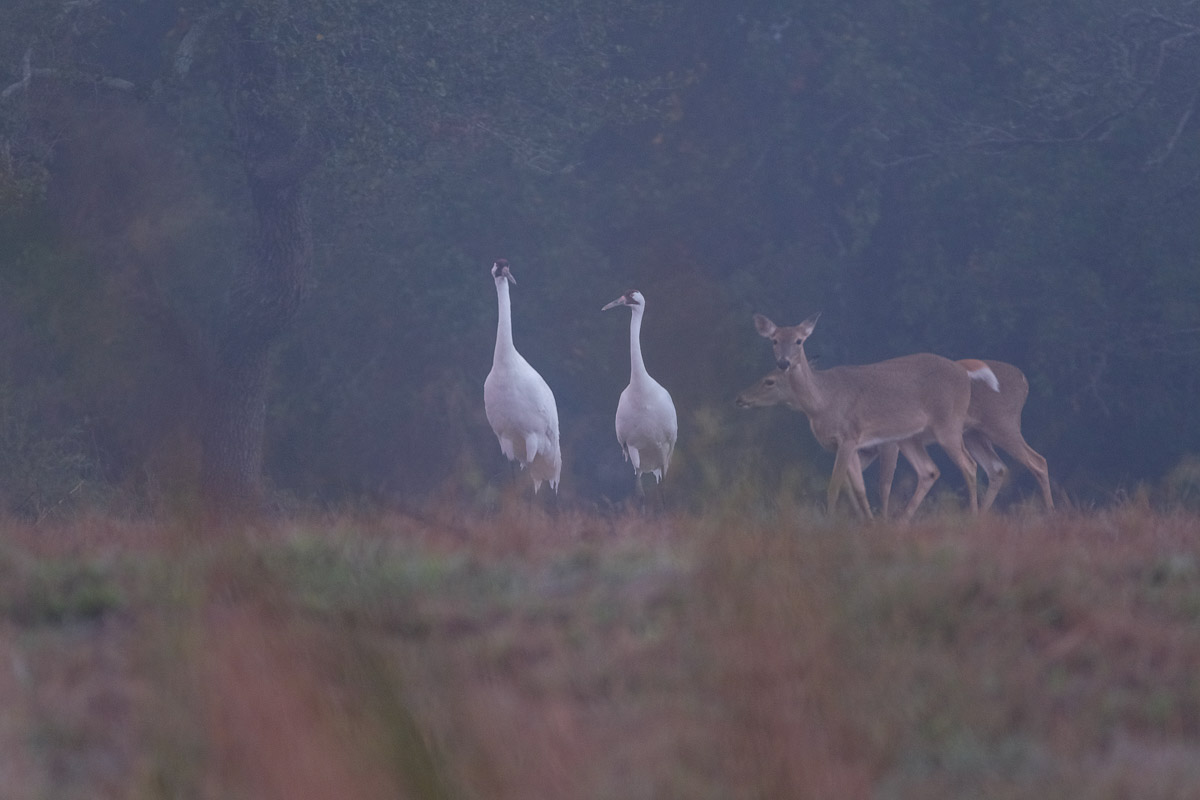 After about an hour, the fog started to clear, and the sun began to light up the fields. I didn't see the Cranes, so I drove around the block trying to find them again. As I turned the corner driving along the coastline, I spotted 4 Cranes in an empty area between two houses.

Wow, what a sight! I was reasonably close; I shut off my Jeep and slowly got out. They were bigger than I imagined, and they didn't even seem to know I was there.

There was a large stand of tall grasses and reeds in front of me, so I could slowly move around without spooking them. I watched and photographed them for about two hours. 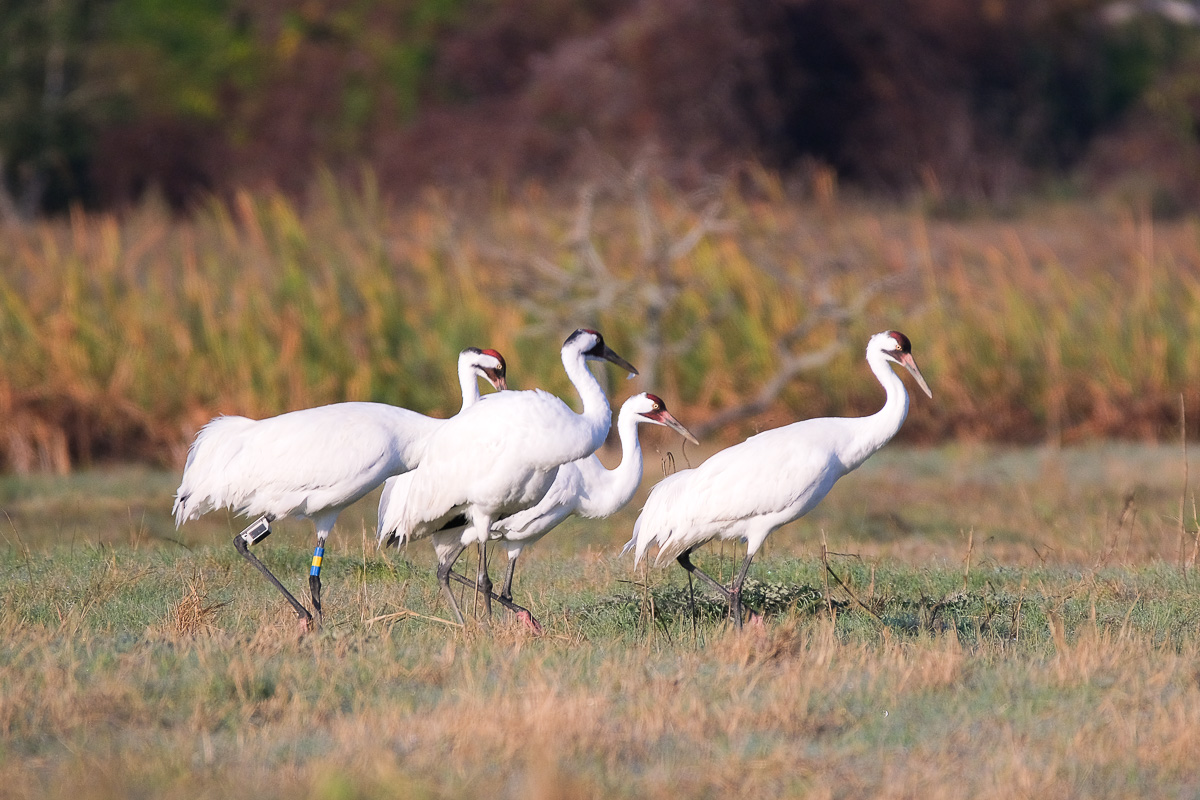 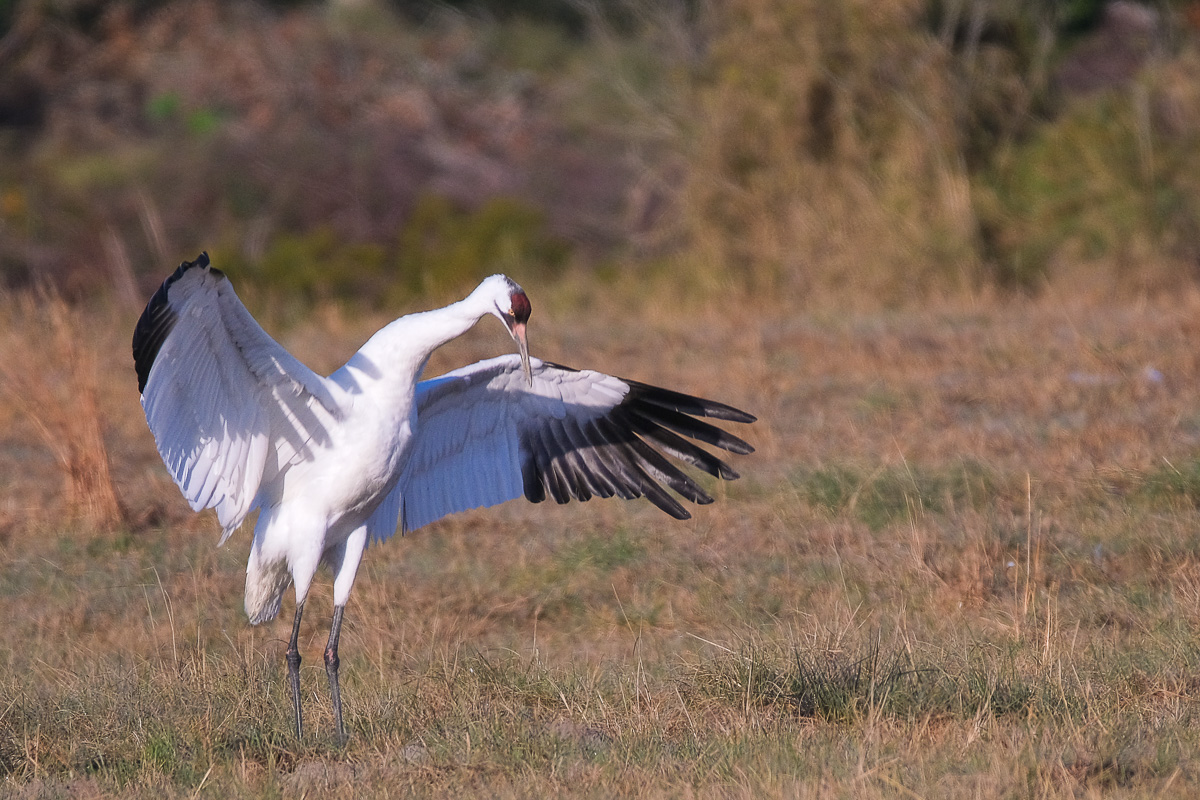 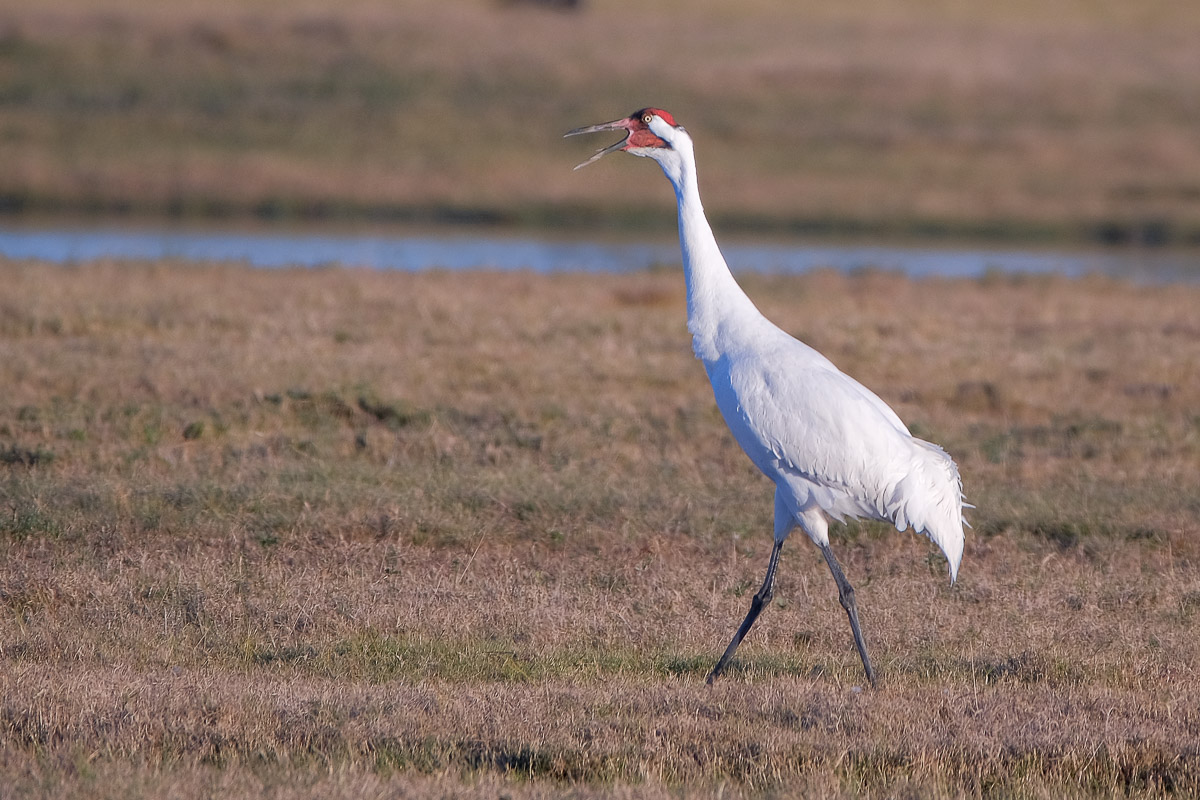 I did get to witness a territorial confrontation with a Blue Heron.

All along, there was a large Blue Heron about 30 yards from the cranes.

The Heron, minding its own business when suddenly one of the Cranes started to walk towards the Heron. I didn't know what to expect. As the Crane approached closer, the Heron ruffled up its feathers. They stared at each other for what seemed like a few minutes, and then the Crane took another step forward. The Heron stood up nose to nose to the Crane, and after a few tense moments, the Heron backed down and walked away.

That was pretty exciting to watch and being able to photograph the event. 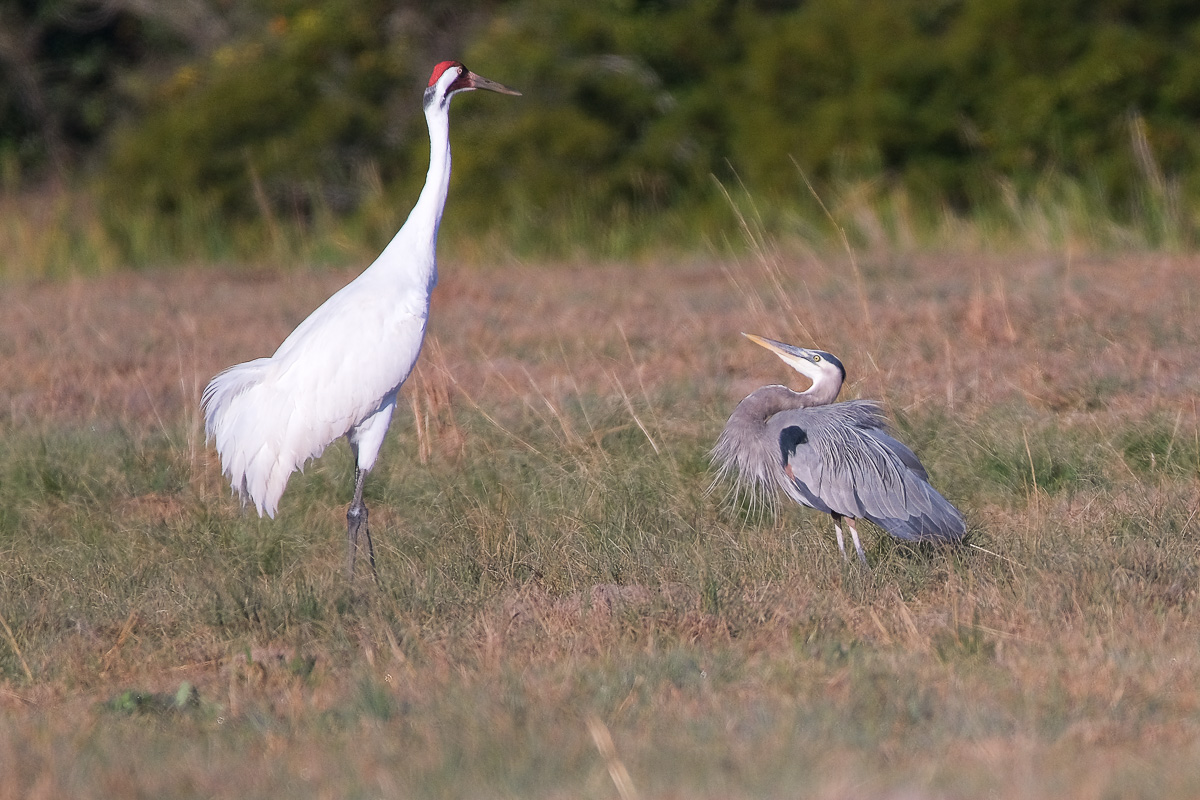 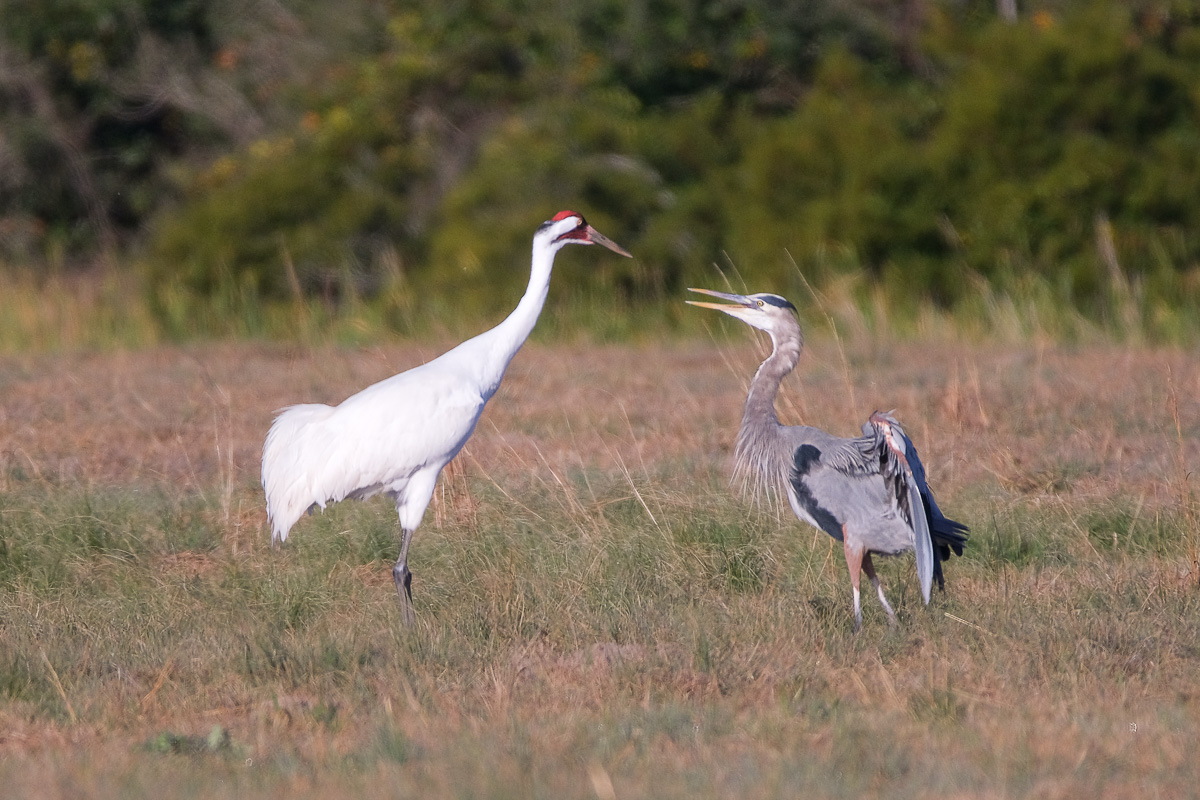 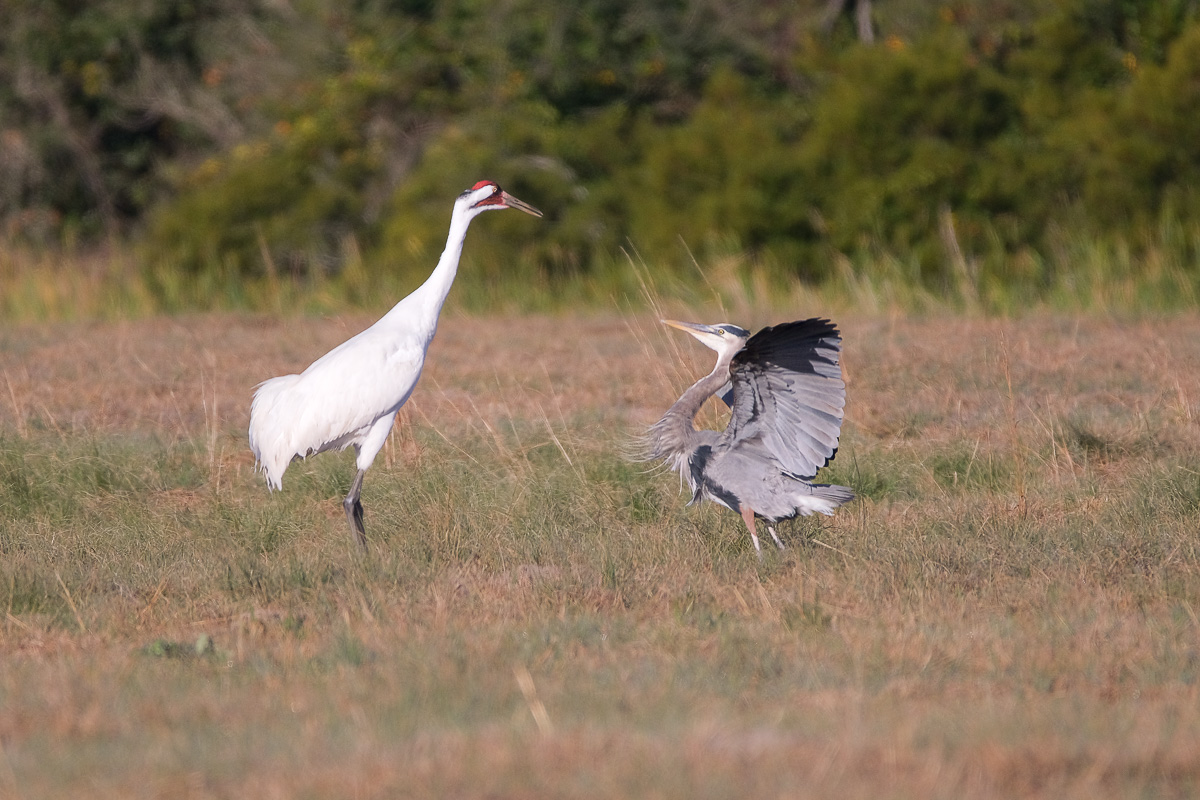