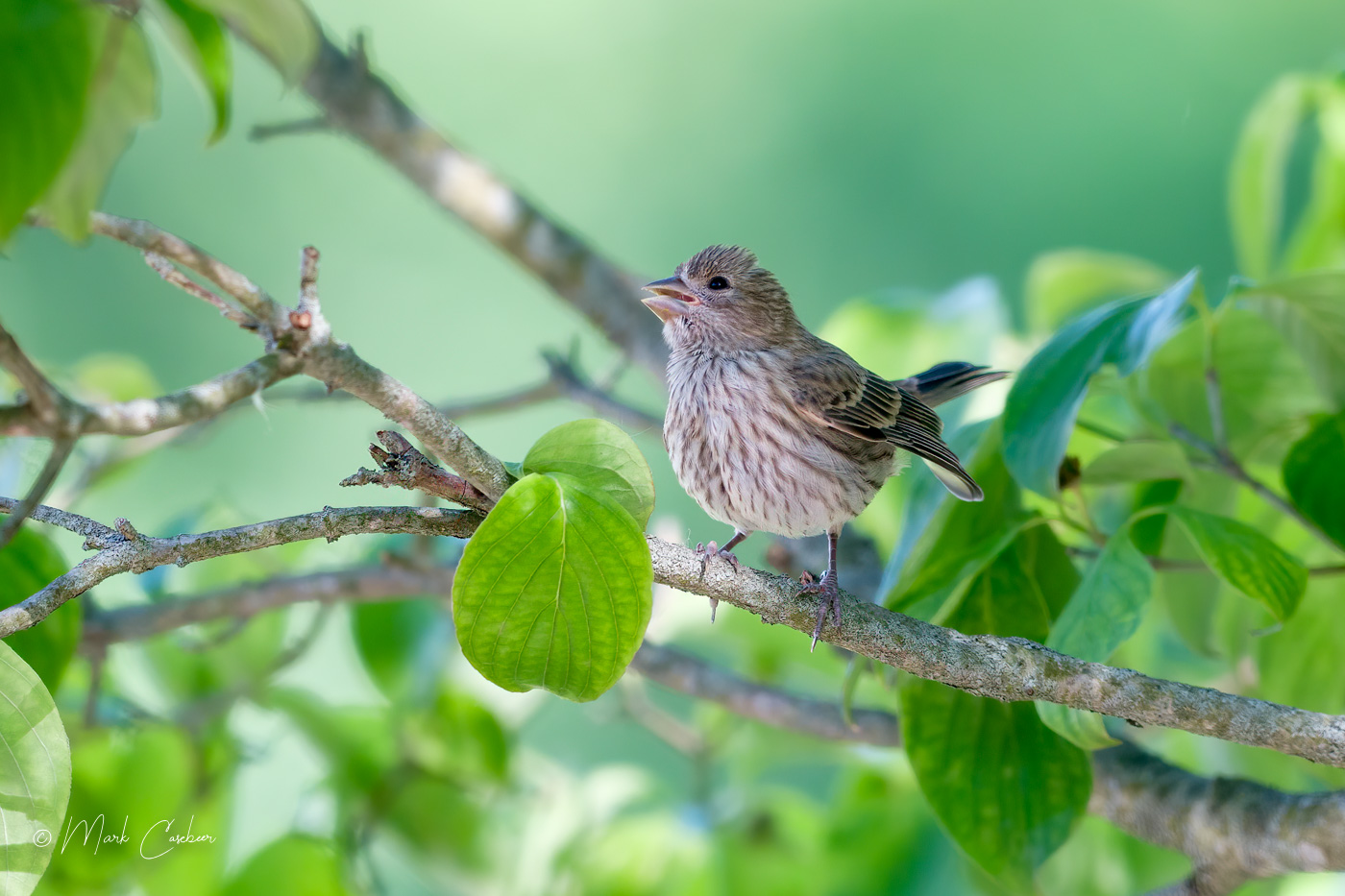 I've been a little under the weather for about a week. Last Friday, I felt a burning feeling on my upper left arm. When I rolled up my sleeve, I had a large red spot the size of an Apple. It had enlarged to a 10" inflamed, red area by Monday morning. I went to the DR. She said it was a tick bite. Even taking two medications, I felt terrible for most of the week. Everything is getting better, and I'm feeling a lot better. Just a heads up, Ticks are nothing to mess with. Please take precautions when going out in nature. 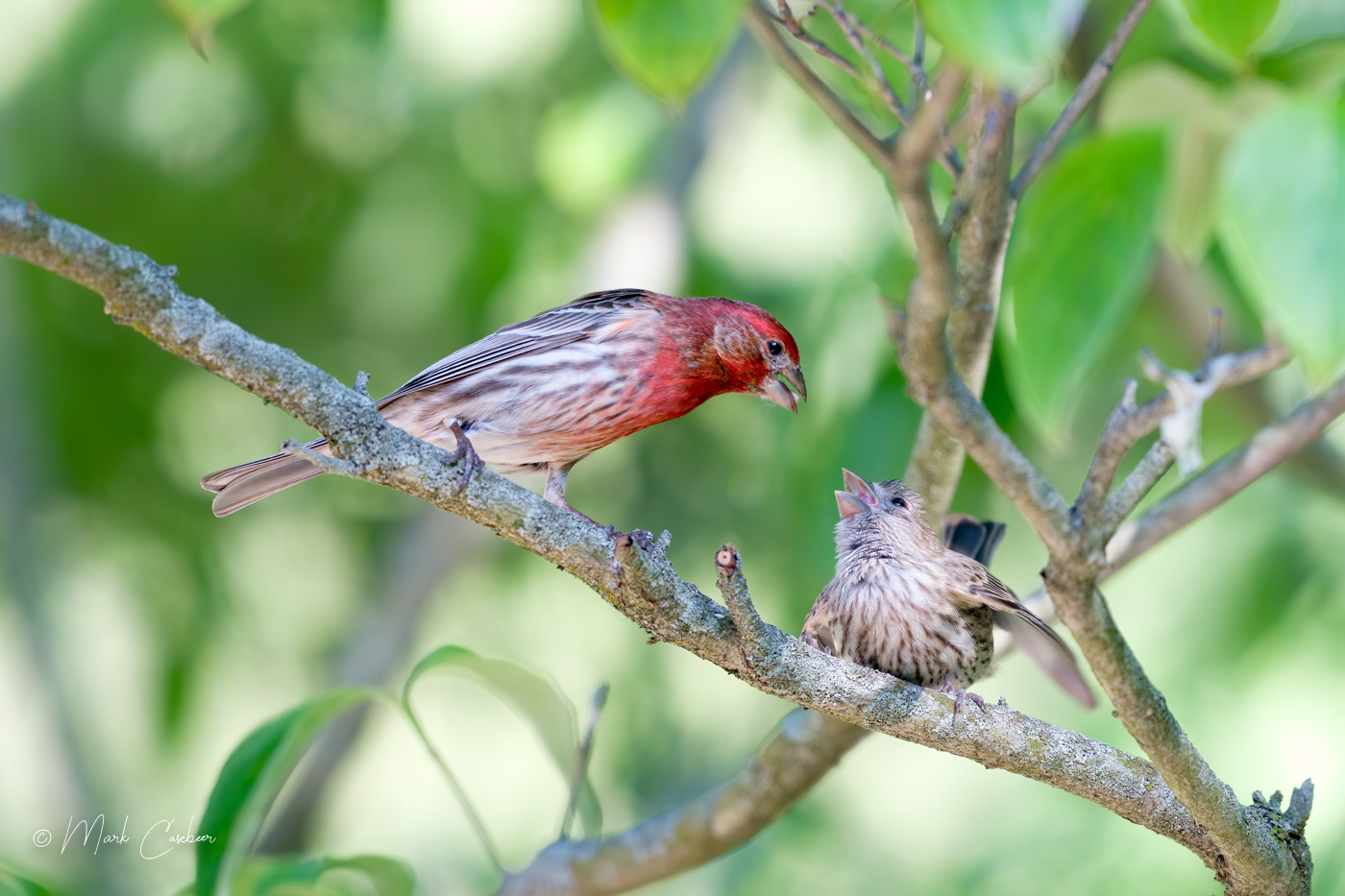 After I put up my feeders, it took a good week for the birds to start coming to feed. I wanted to create areas that the birds would perch on while in the tree feeding. This creates a more natural setting for photographing the birds. I took this picture in the late afternoon. I noticed a lot of activity, and it was a family of young Finches. The adults took turns feeding the young. 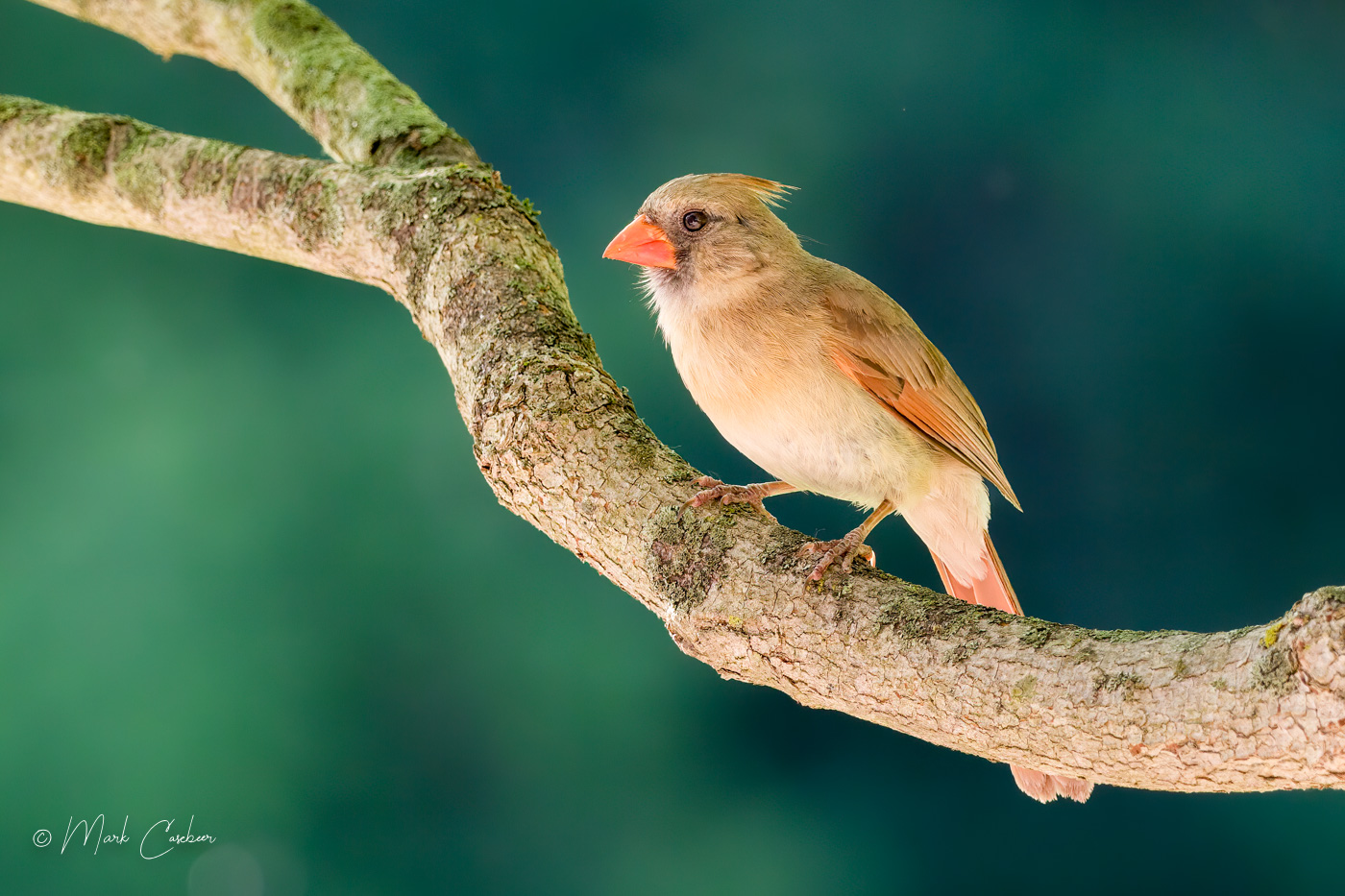 This Female Northern Cardinal sat for a good 5 minutes on the branch. It changed positions several times, but I was surprised it sat there that long. The male was also in the area, but it did not corporate. It's still on my list. 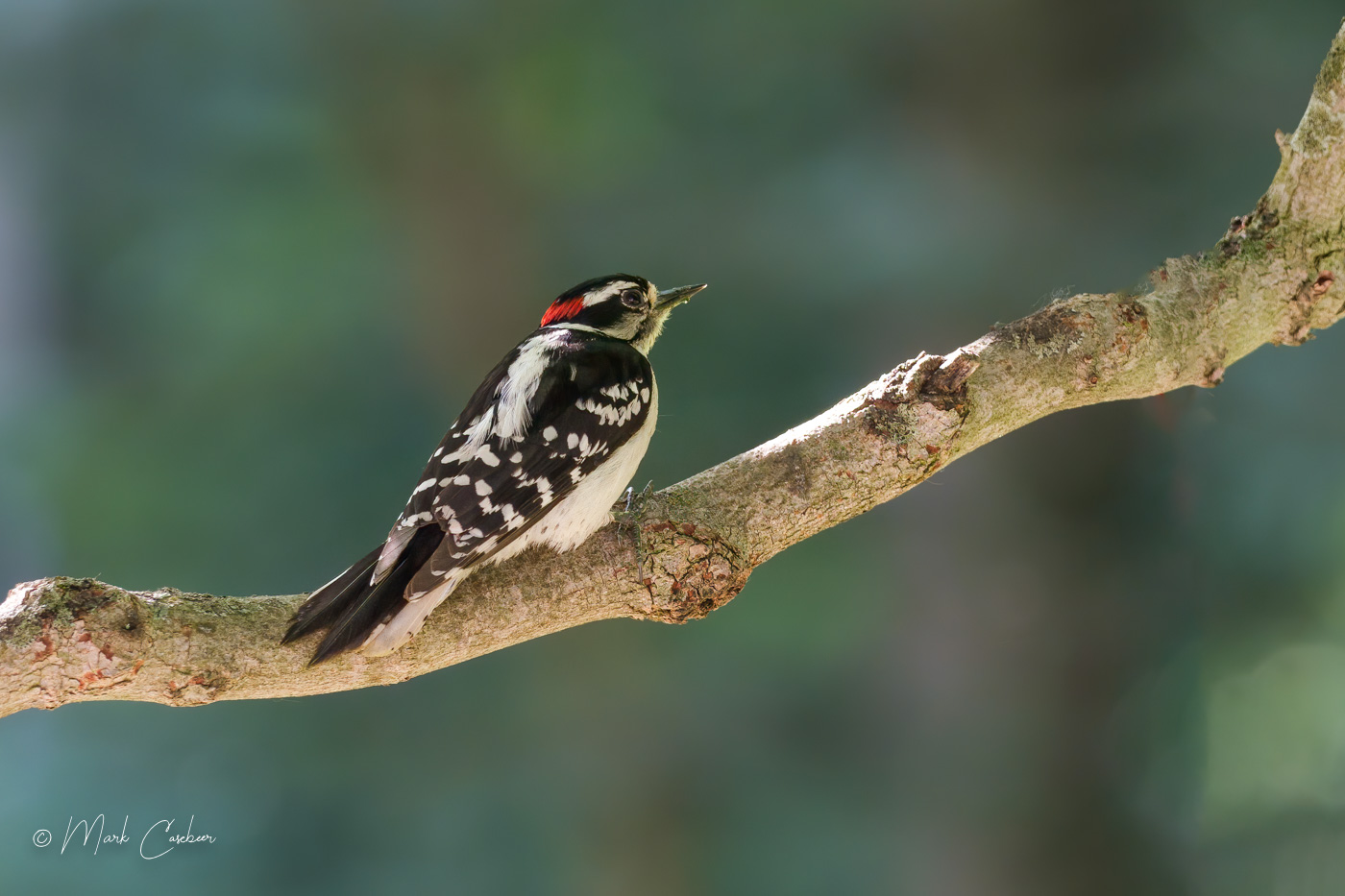 There's been a pair of Downy Woodpeckers around my suet feeder. I was just about to put my camera away, and they came swooping past my windows. This one paused long enough for me to get a couple of shots.

I started with regular suet, and the squires ate it within two days. My sister, Karen, recommended getting some hot pepper suet. It worked great, the squirrels will not touch it, and it does not seem to affect the birds. 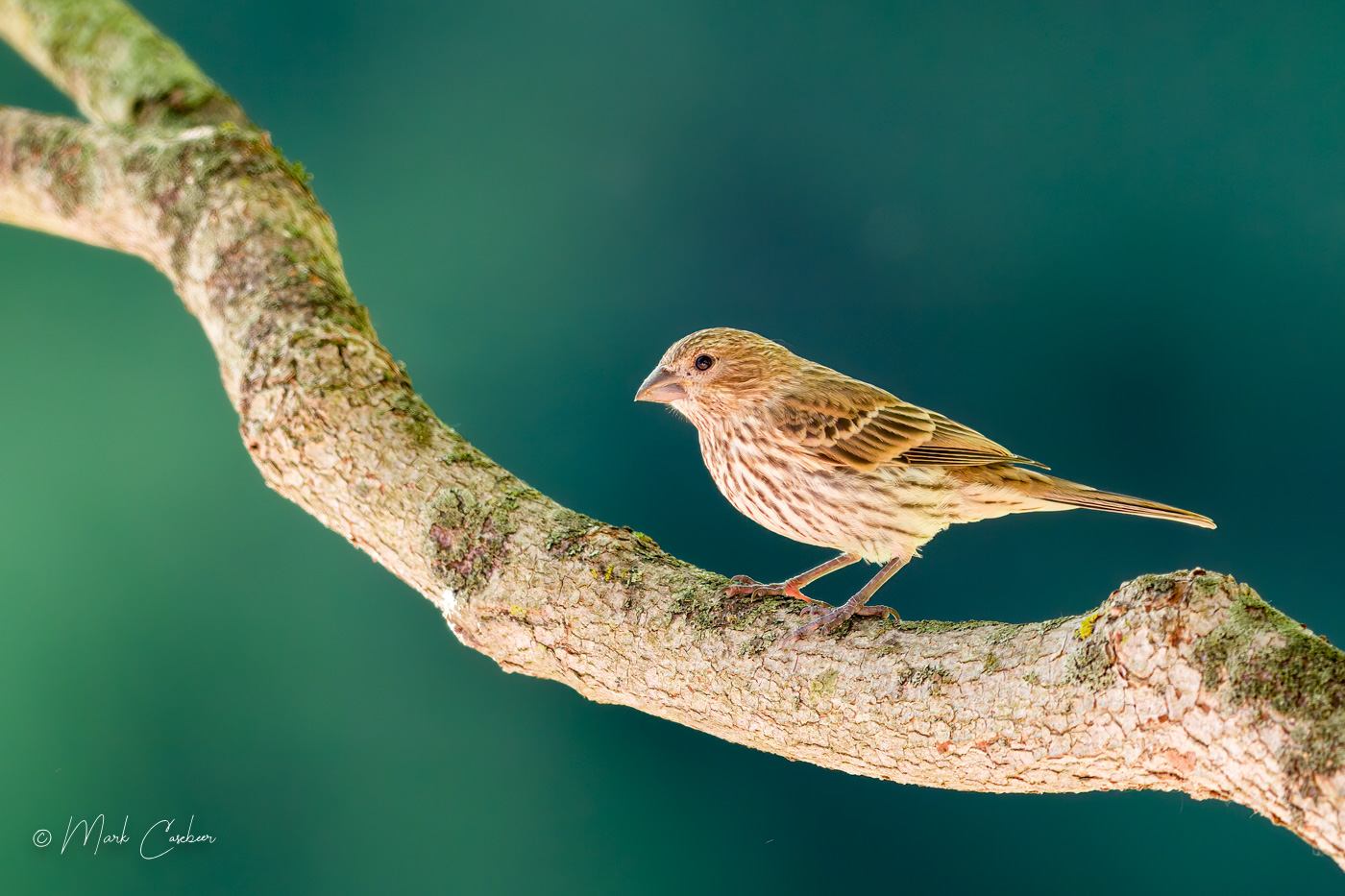 When I first put out the feeders, it seemed like I would have perfect views for photographing. After a few days, I trimmed some small dead branches and leaf sprouts. They were giving me a lot of distracting areas, and now I'm getting better results. 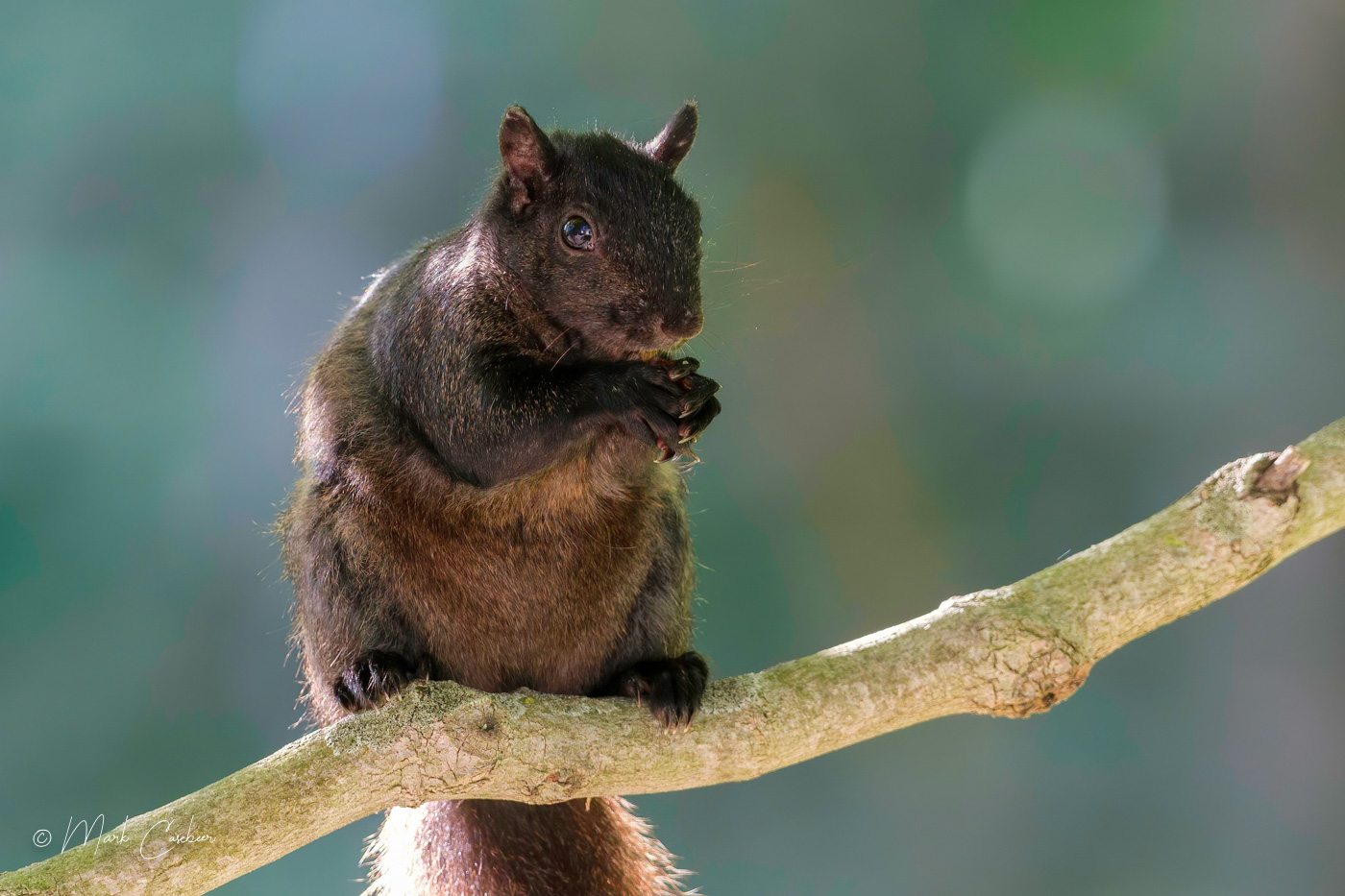 Yes, the squirrels are still getting scraps from the ground and trying to get on the feeders. I've moved that main feeder out far enough, so it's hard for them to get on it.