It seems like every time I go out to do some photography in the Rockport area I see a bird that I've never photographed. Today was no different.

With sunny and mild temperatures, I decided to drive to the Big Tree area along the coastline. After parking along the main road, I noticed what looked like a Blue Heron. After getting closer, I sat on a large piece of broken cement and set up my camera. My guess is it probably was washed up on shore from Hurricane Harvey in 2017.

After looking closer, I noticed it was not a Blue Heron; it's a Reddish Egret. These medium-sized egrets have a blue-gray body and shaggy, pale rufous head and neck. The bills are pink with a dark tip. 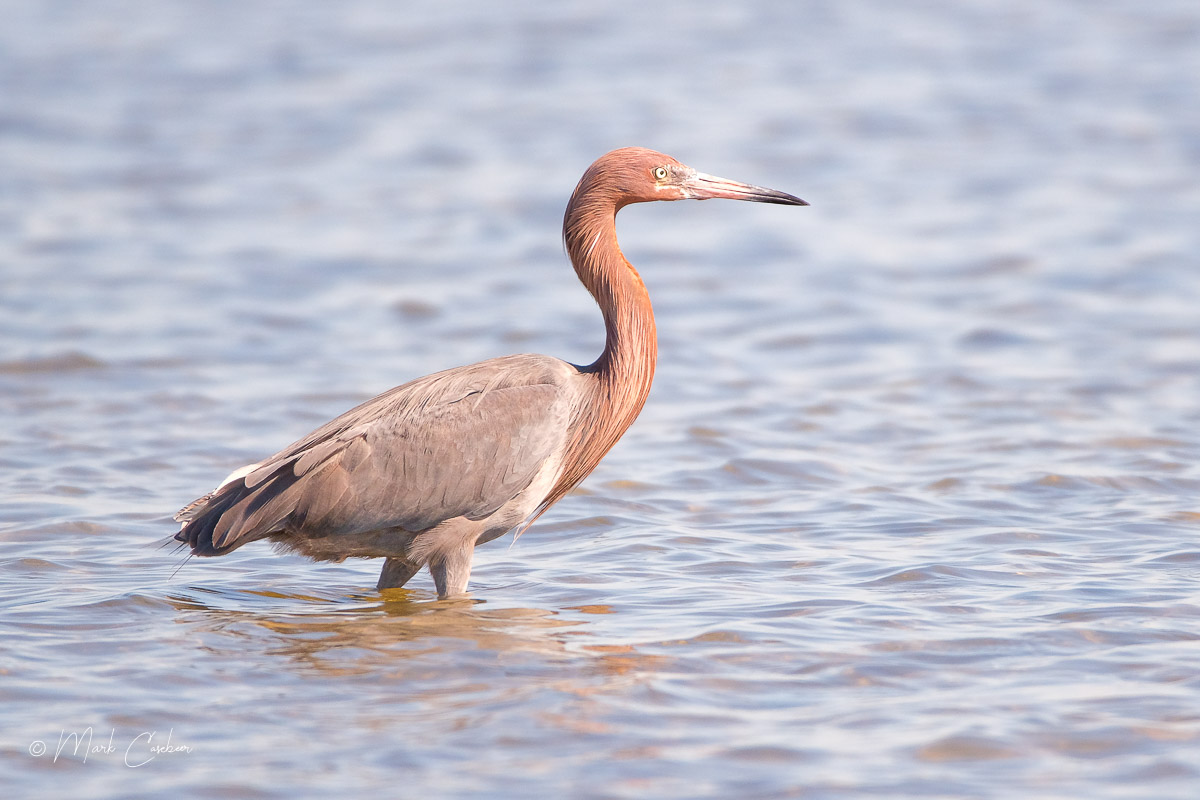 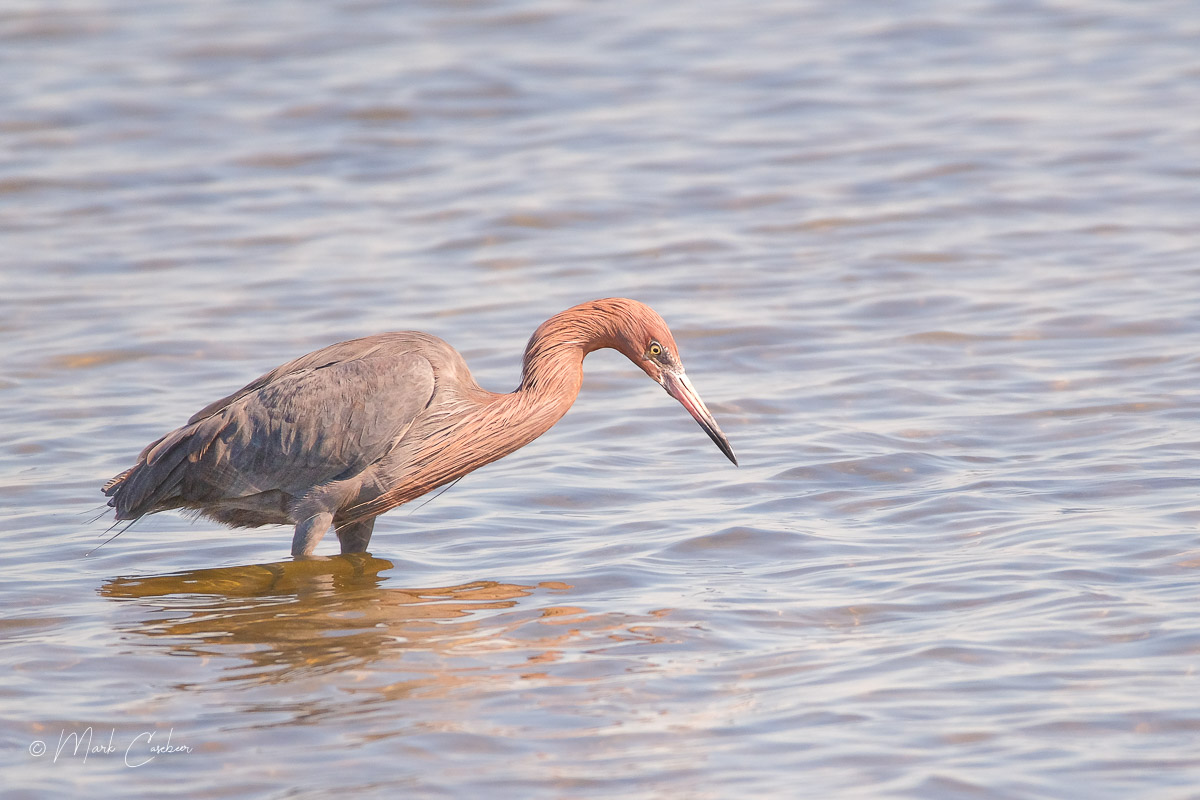 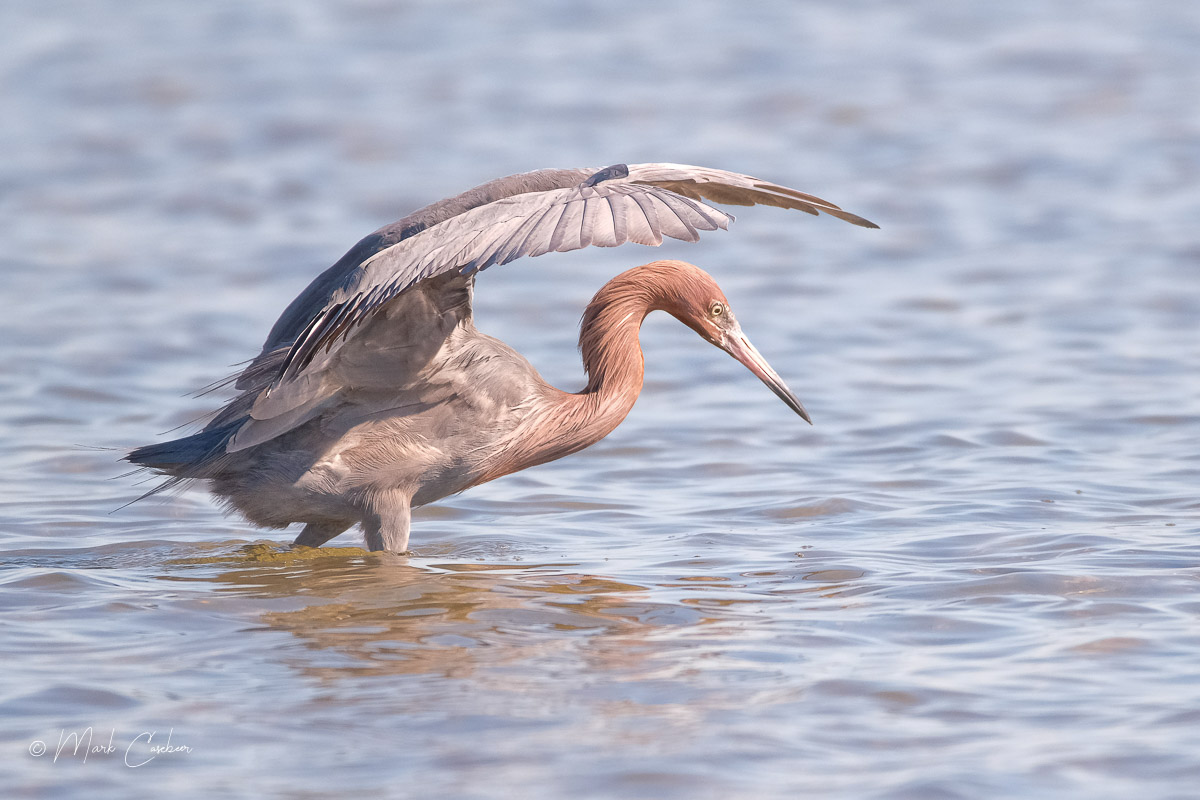 I watched for over an hour as the Egret seemed to be looking for a meal. It paced slowly back and forth, staring into the water. The Egret finally froze, waiting for just the right time, raised its wings and dove straight down into the water.

It happened in a split second, and I was hoping to see that it had caught lunch. I really couldn't tell as the action happen so fast. After chimping at the photographs, I was disappointed that it looked like the Egret did not get its lunch. 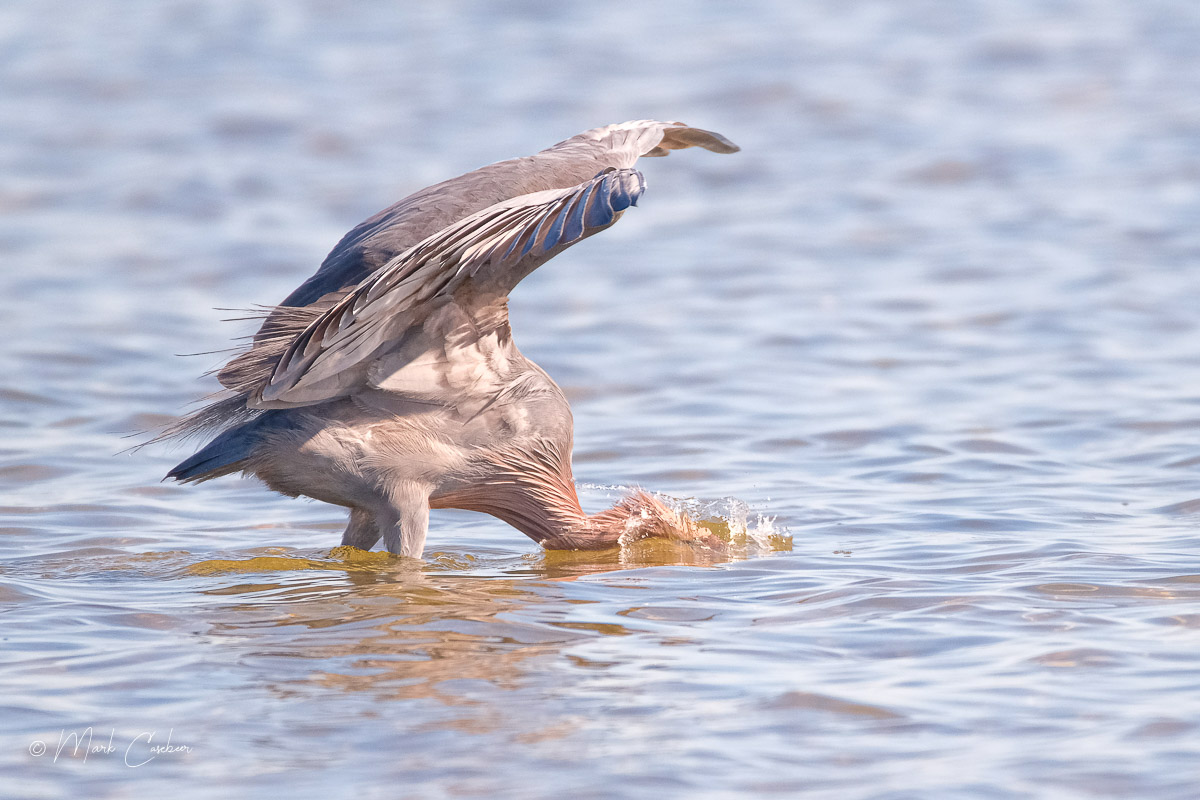 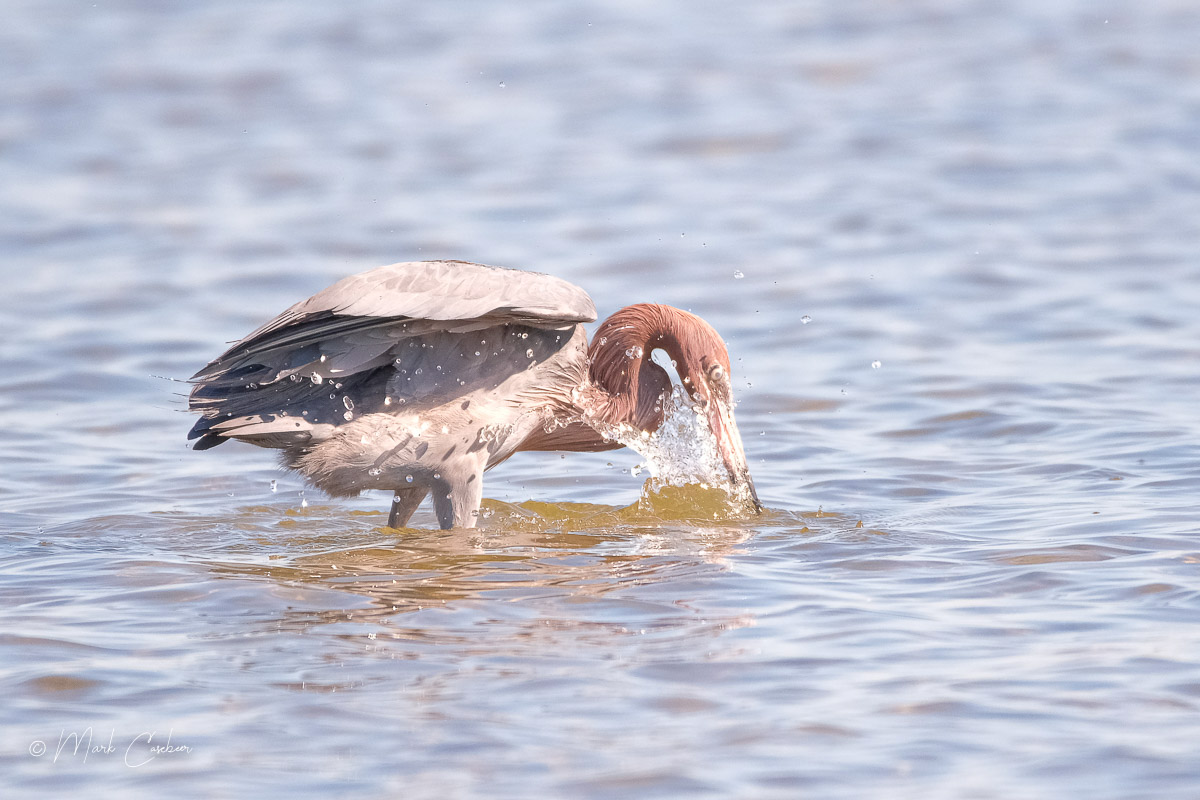 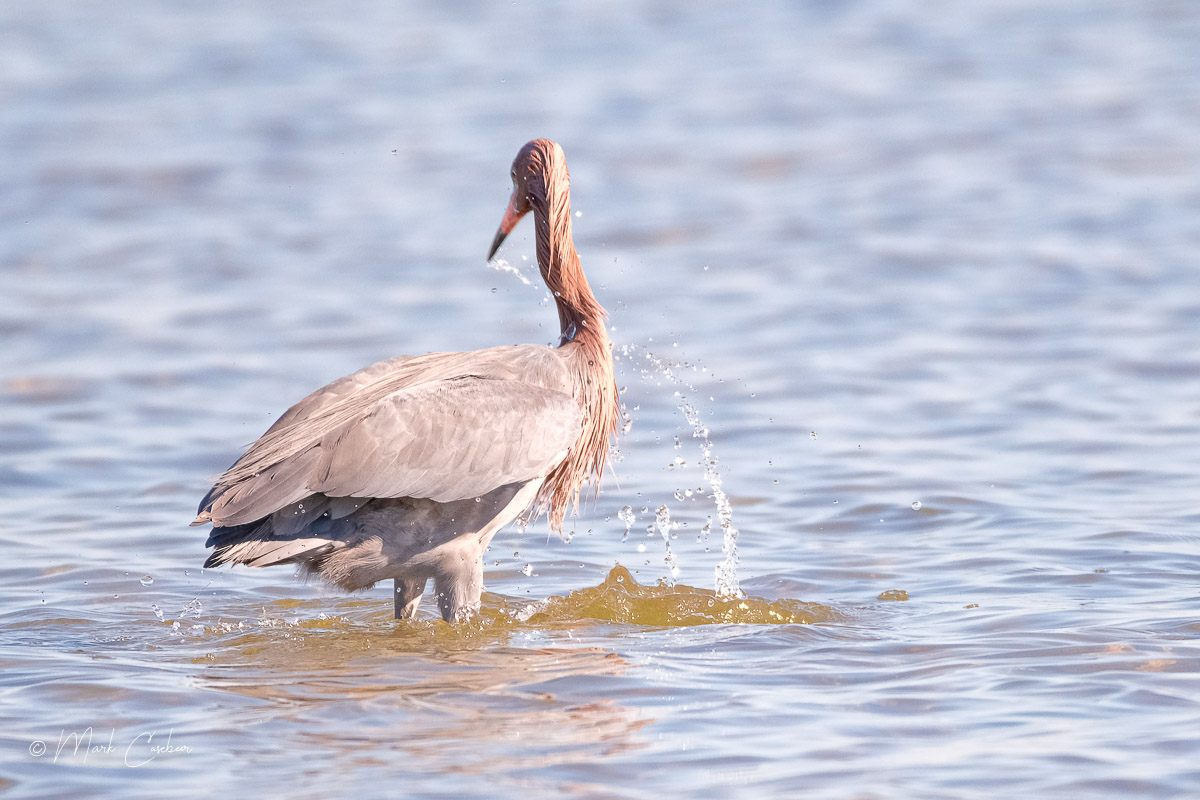 Goose Island State Park is just a short drive from the Big Tree area. I had not been to the Park, and I was surprised that day passes only cost $5.00. After driving around for a while, I parked and walked to a rural beach area. There were the usual small birds, pelicans, and ducks along the shoreline. 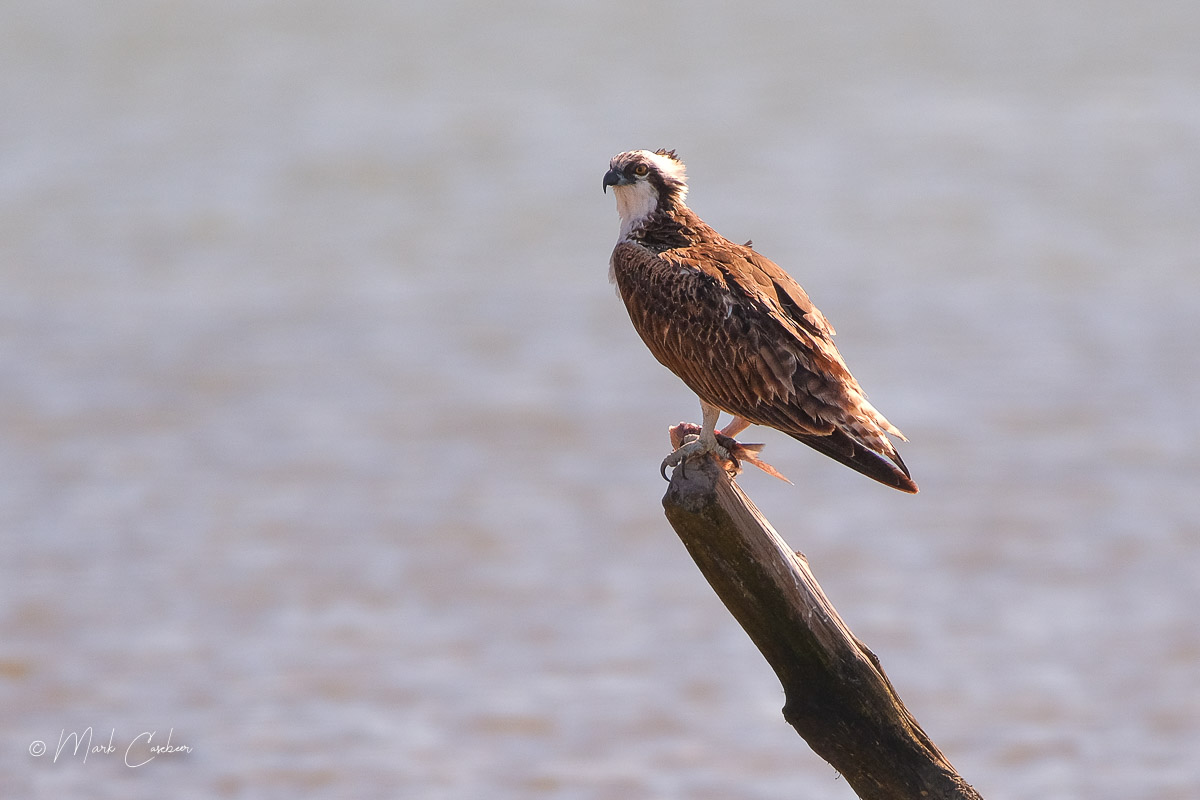 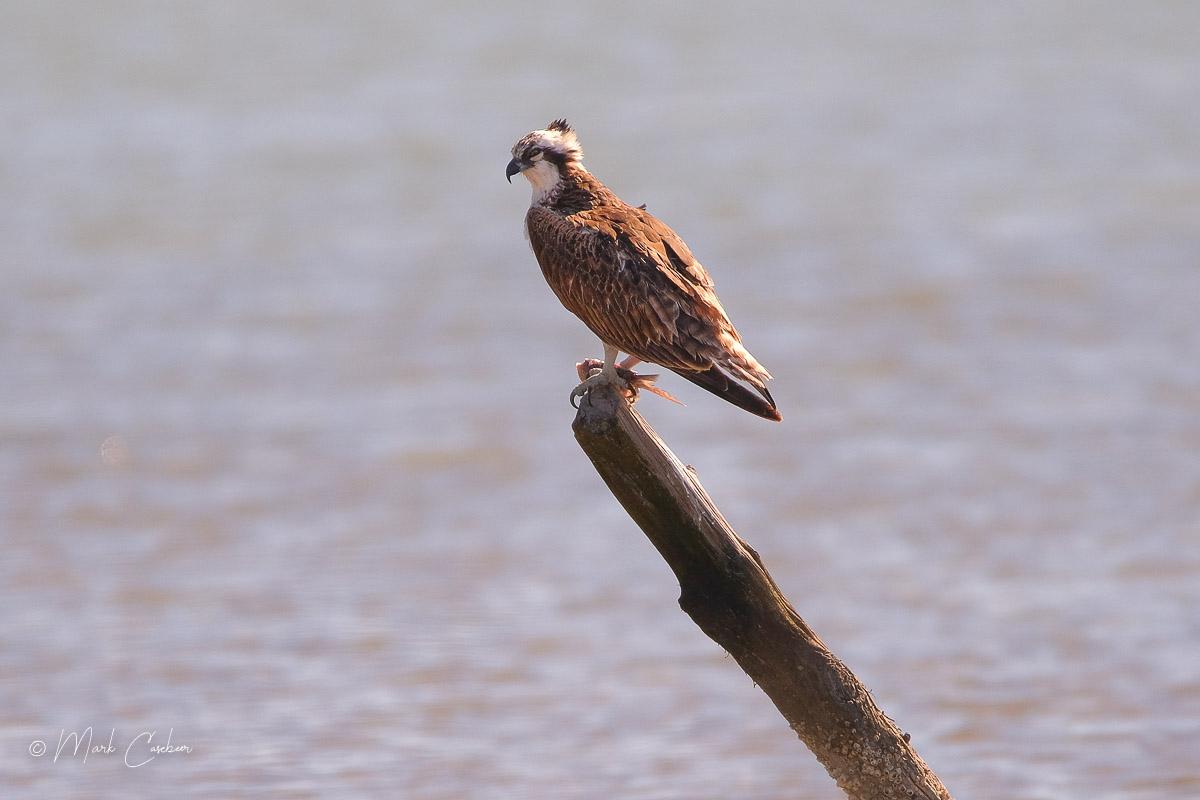 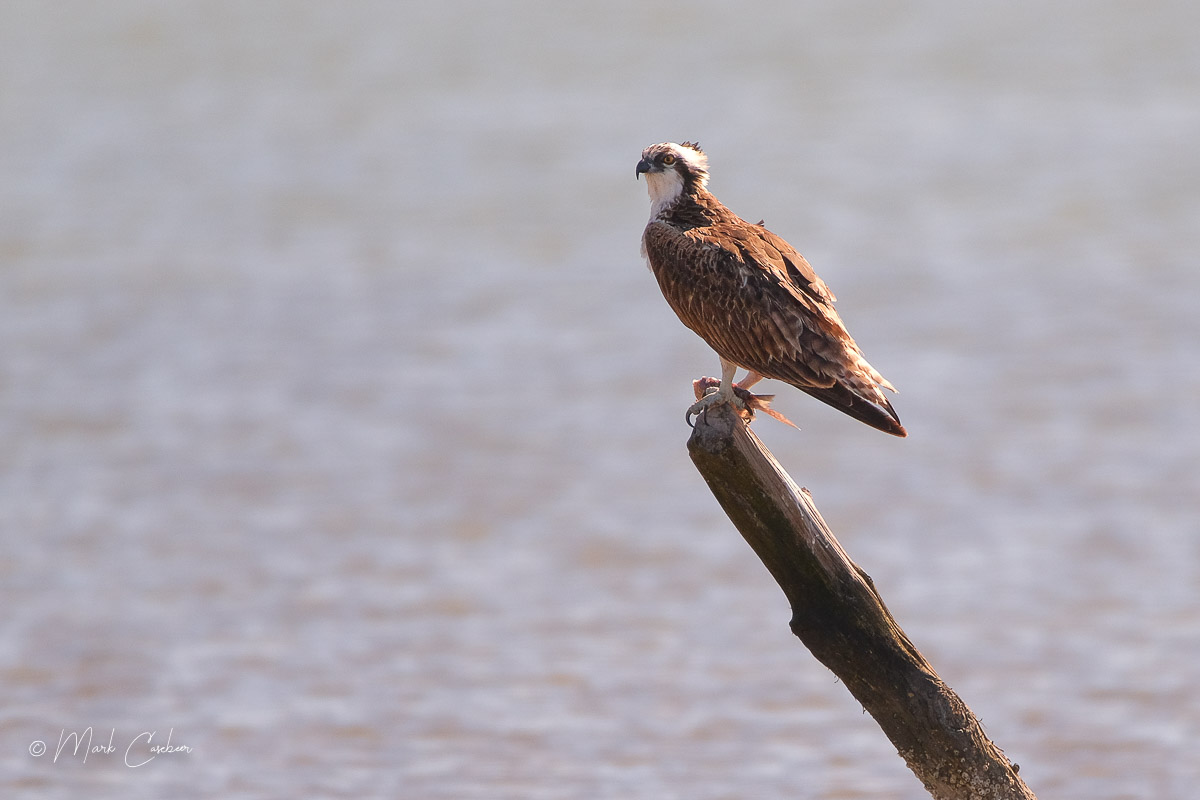 Looking around, I noticed a larger bird sitting on an old dock post. It was about 75 yards down the shoreline, and I could not tell what it was. As I walked through the brush and weeds, a thought passed through my mind, "I wonder if there are any Alligators or Snakes in the area"? My pace instantly slowed, and I carefully proceeded.

Finally stopped, I lifted my camera to take a closer look; it was an Osprey. It sat there almost motionless, looking around, it didn't seem to even notice me. After shooting a series of photographs, I noticed that it had a fish in its claws. 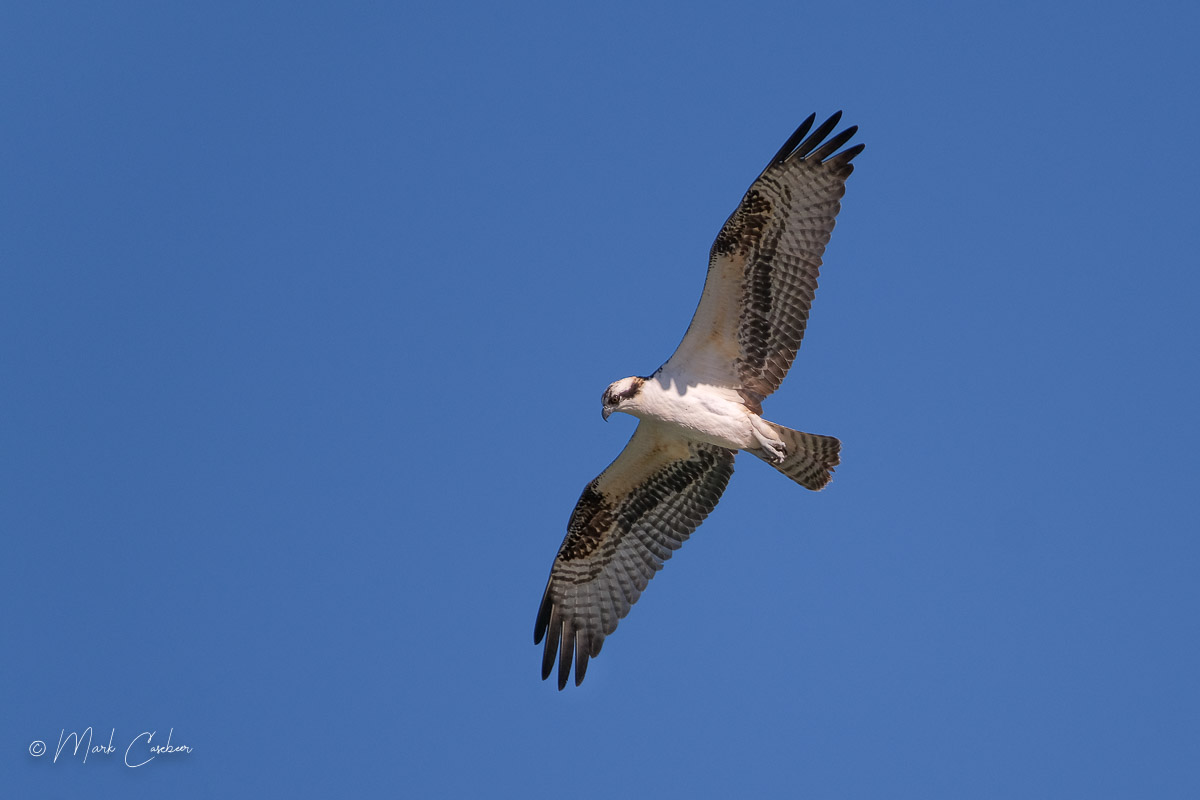 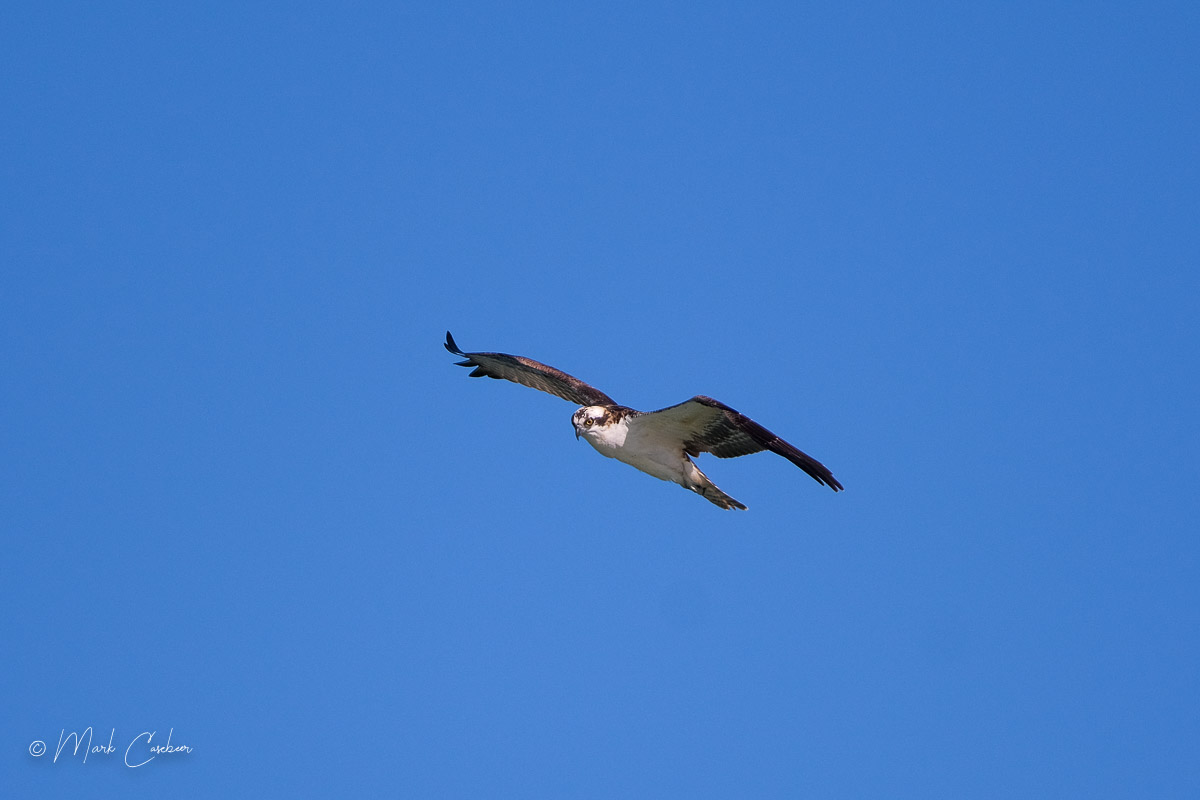 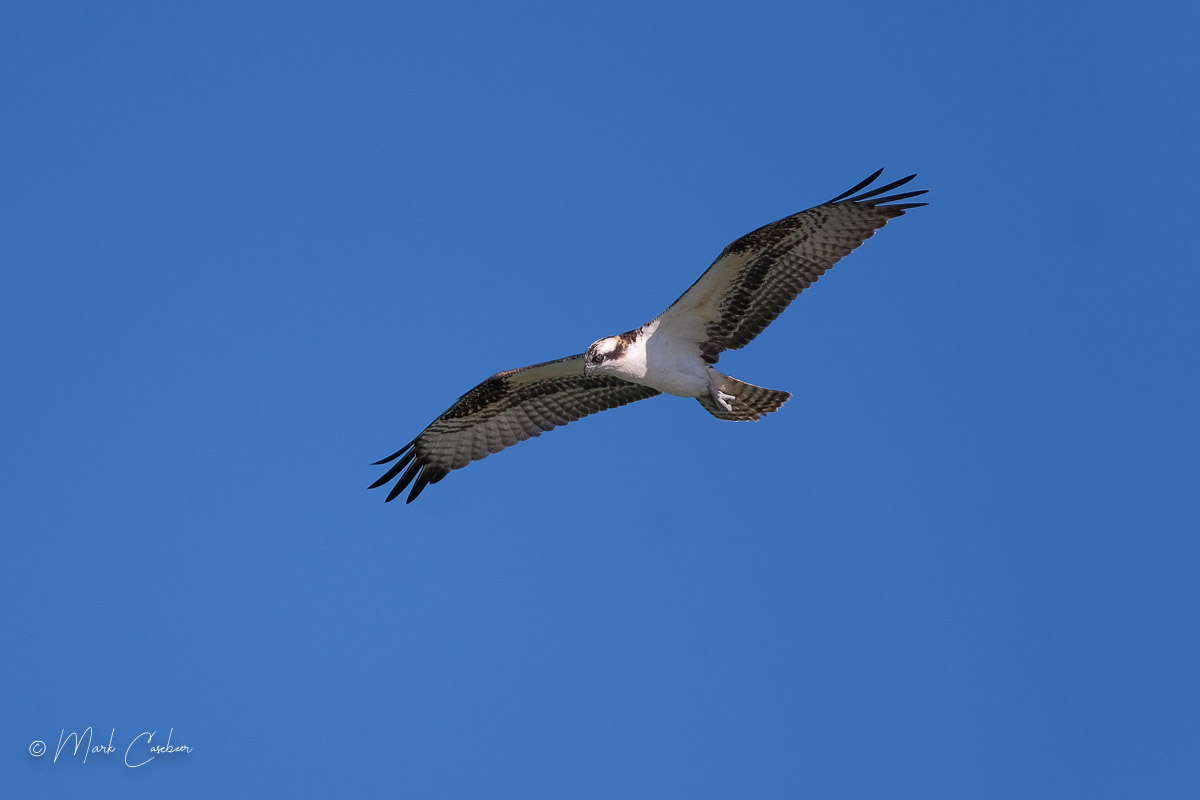 I saw an Osprey about a week ago and was able to get a few shots in flight. Osprey is a large hawk that dives recklessly into the water and snatches fish in shallow water.