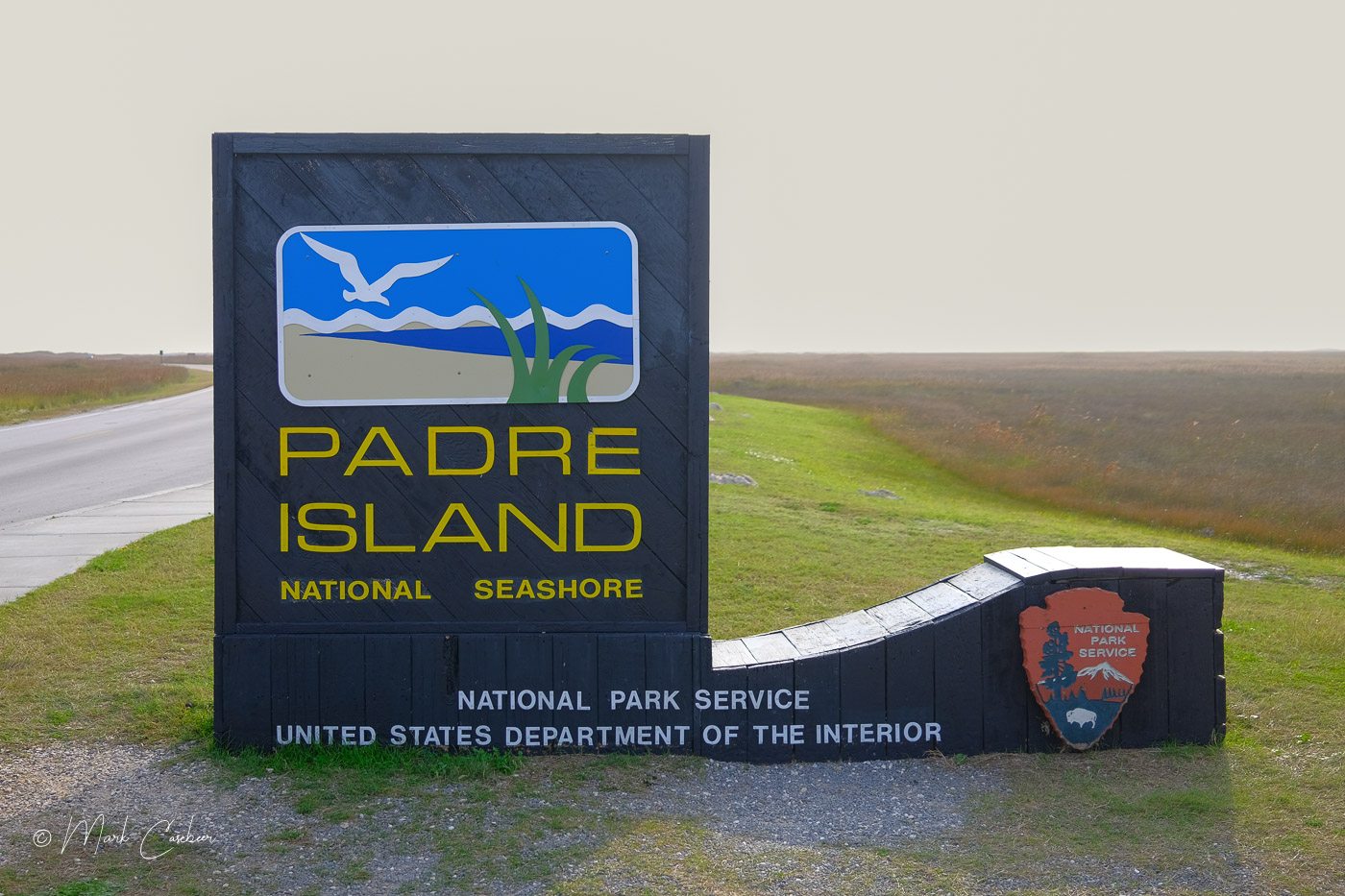 On Tuesday, we ventured out with some friends, Dave and Sue, to Padre Island National Seashore from our RV park. We took the ferry over at Port Aransas and followed 361 to Park Road 22, which led to the park entrance.

As we entered the park and started our drive down the beach, we saw just about every kind of vehicle you could think of set up to camp on the beach. After a few miles, the hard-packed beach turned softer, and Dave put his truck in four-wheel drive. The further we drove, the more desolate the beach became. 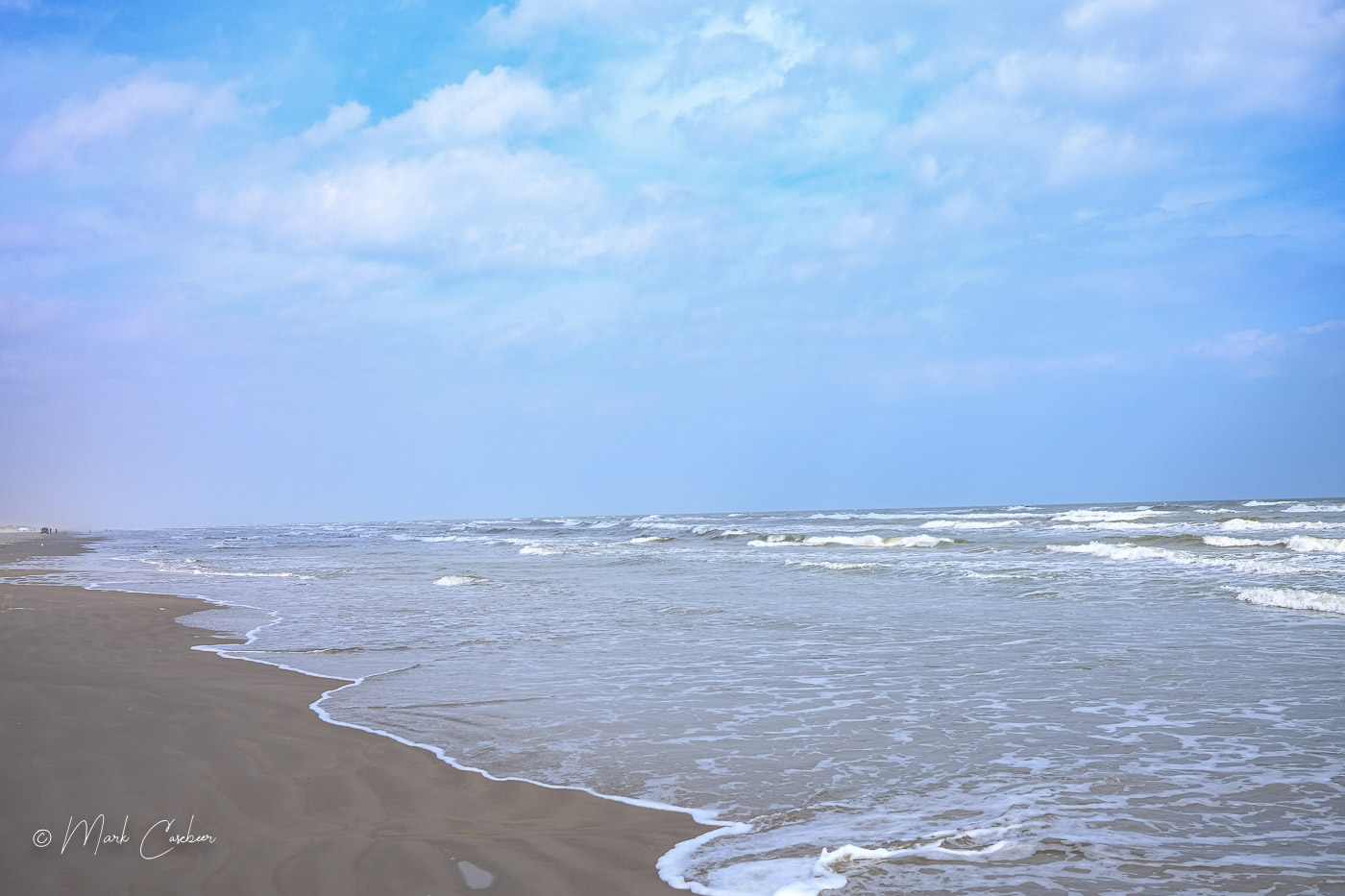 We're not sure how many miles we drove, but as the beach became softer, the ruts in the soft sand became more profound, and we decided to stop. Besides the occasional four-wheel drive passing by, we had the beach to ourselves. 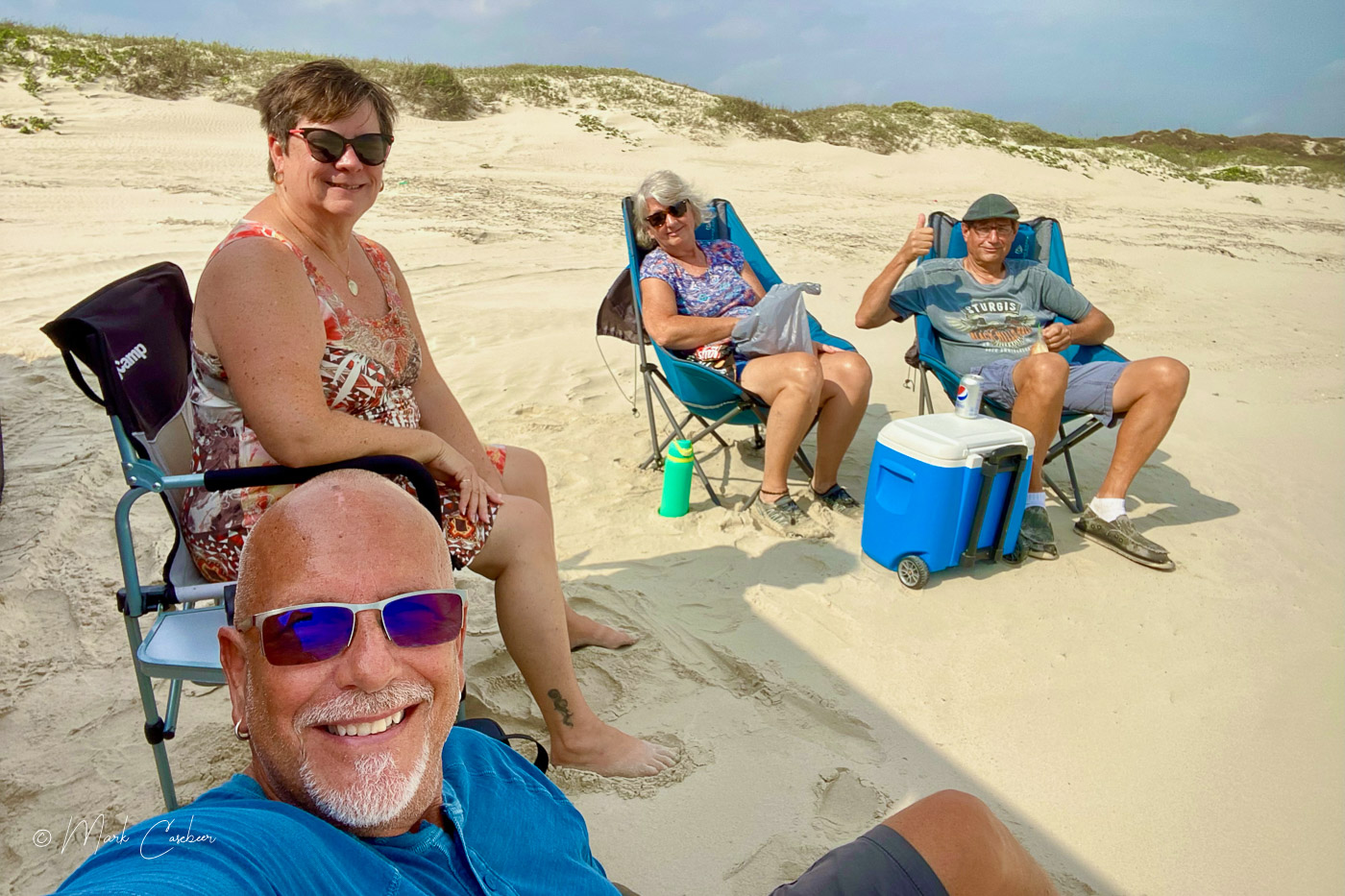 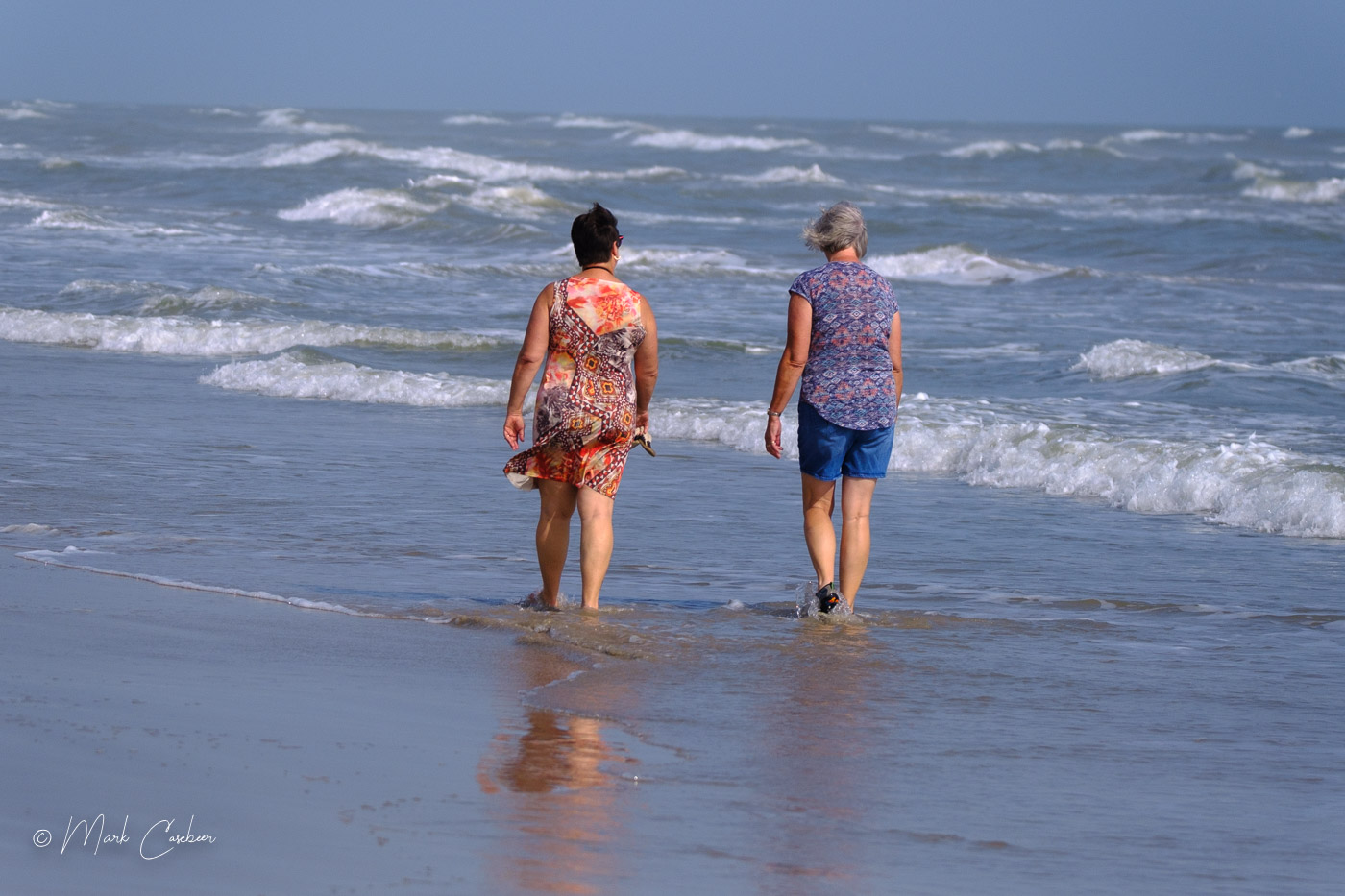 Large dunes overlook the beach area, and Dave and I walked up a few to see the view. I was surprised by how vast the area is behind the beach. It provided some spectacular views looking in both directions. 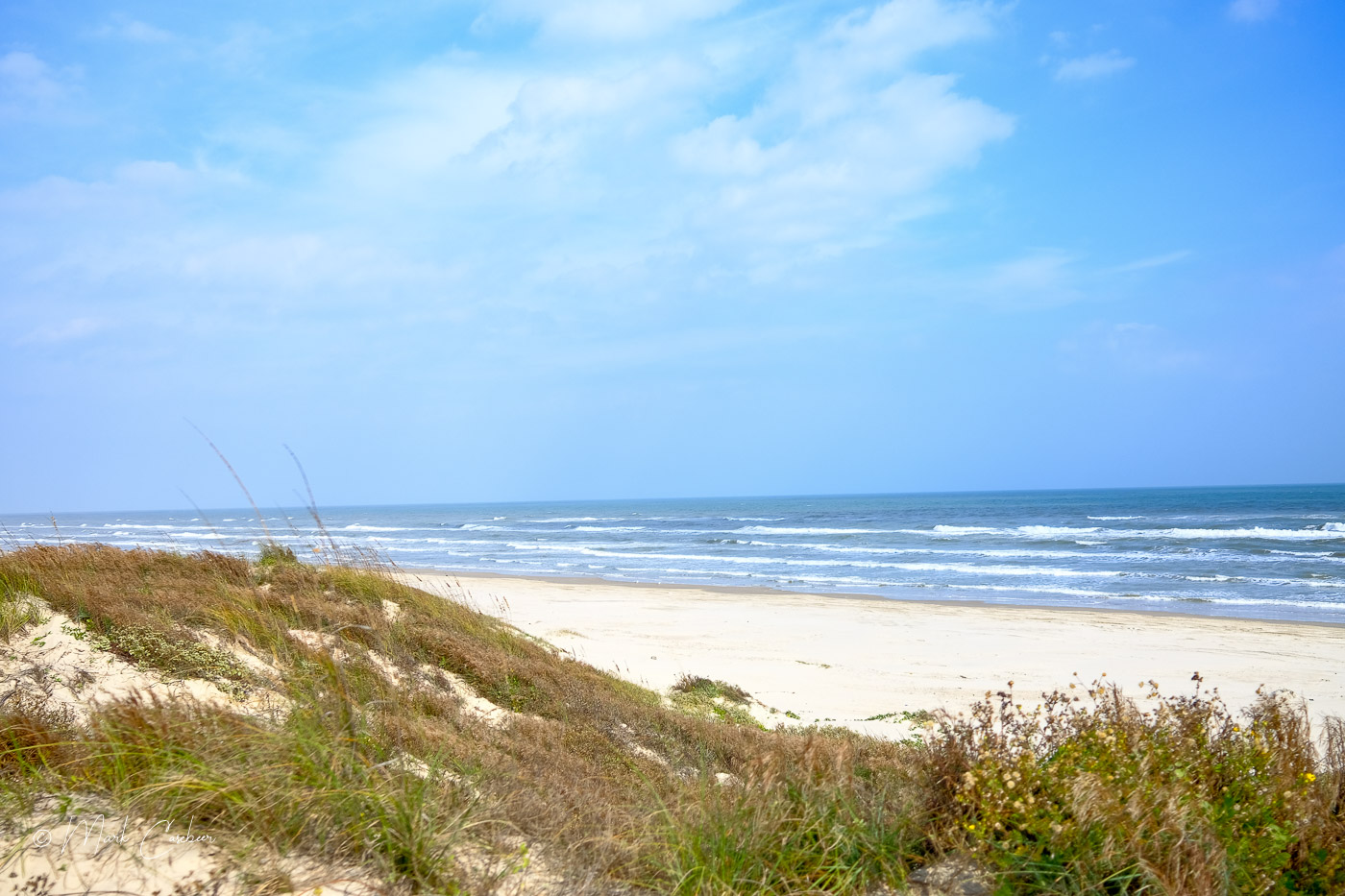 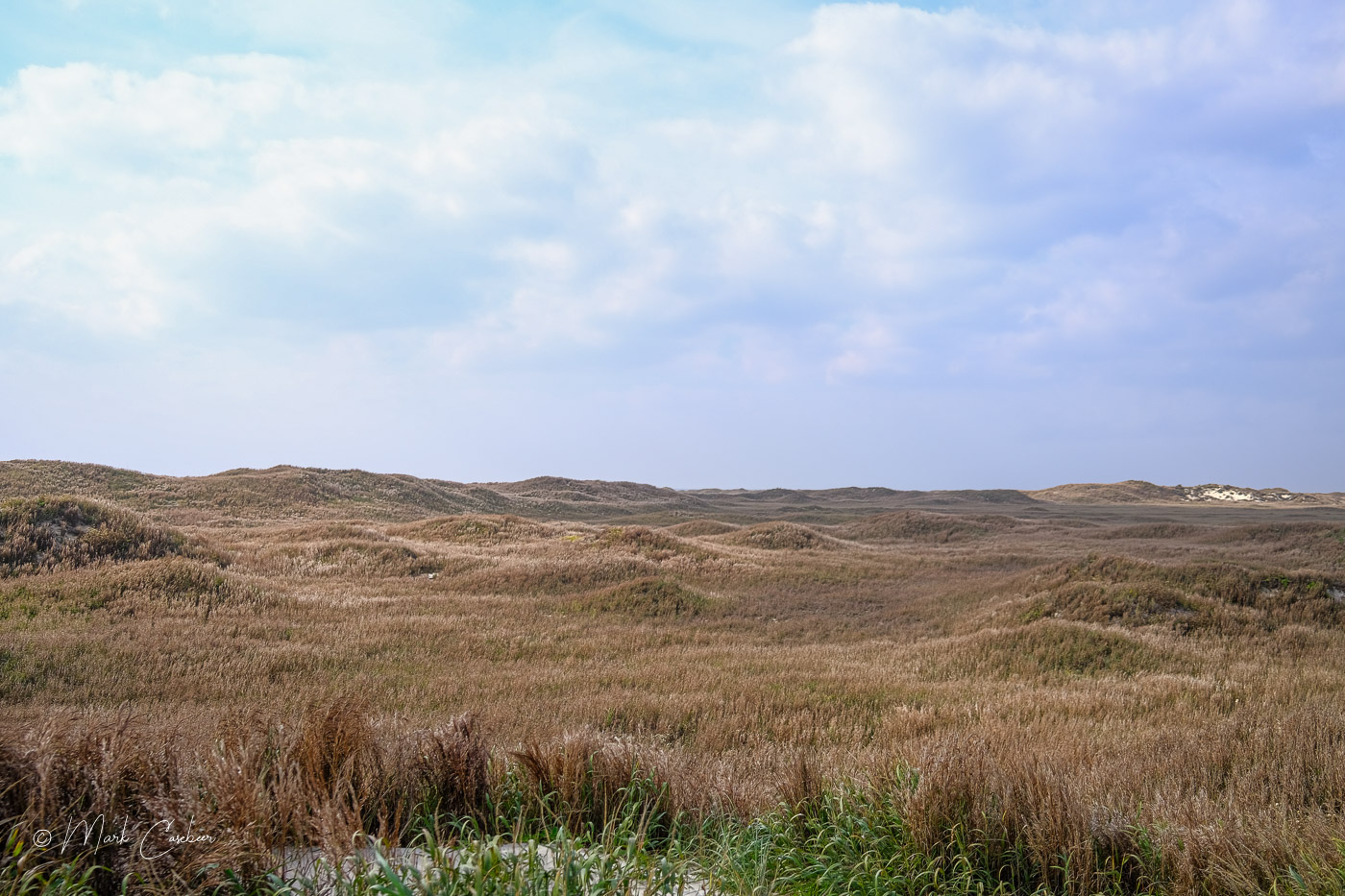 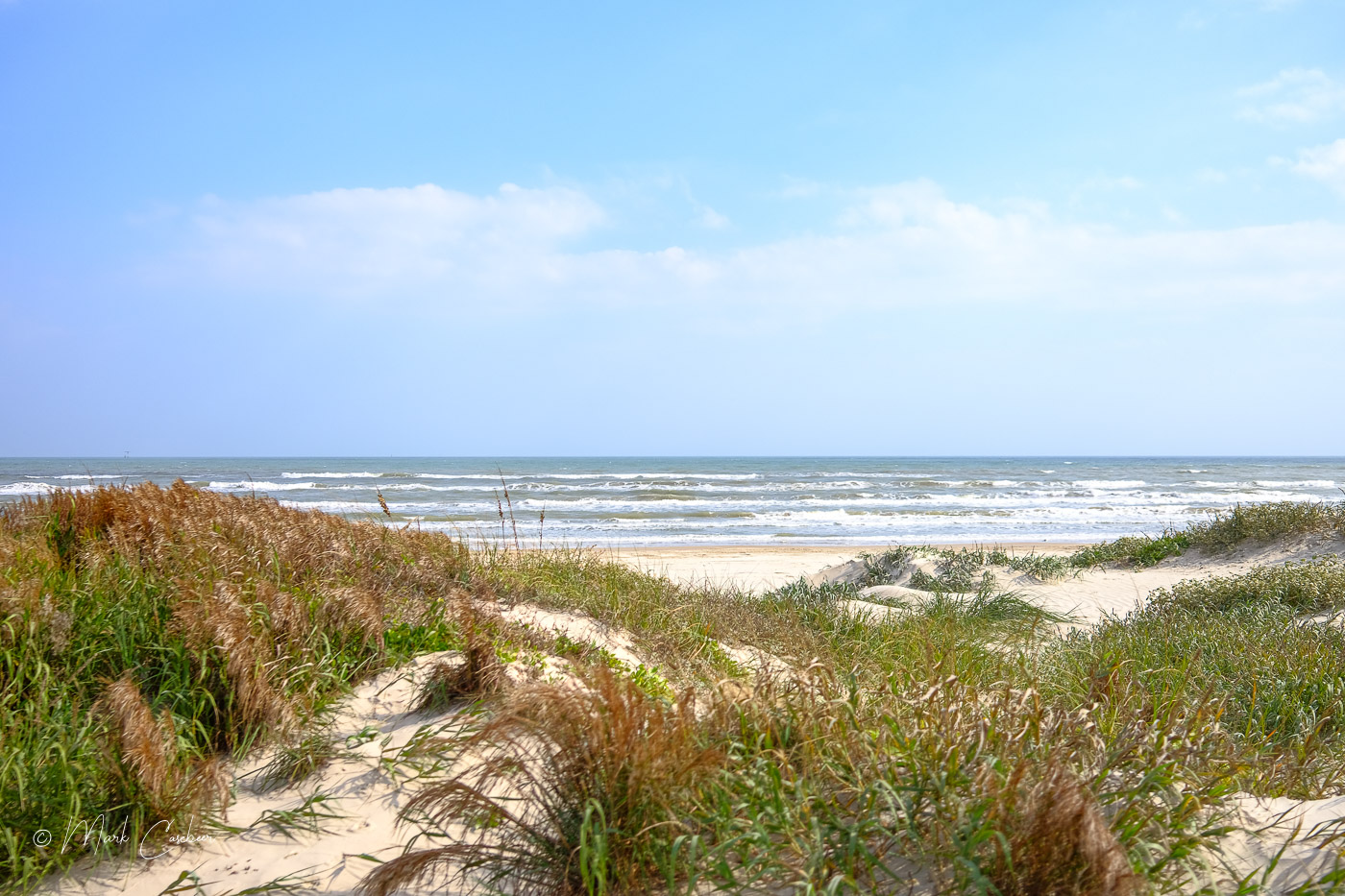 As we sat on the beach, Ring-billed Gulls were all over the beach. For a smaller-sized bird, they are one of the easier birds to capture in flight, as they float along with the wind looking for food along the coastline. If you look close, you can see the red around their eyes and in the corner of their mouths. 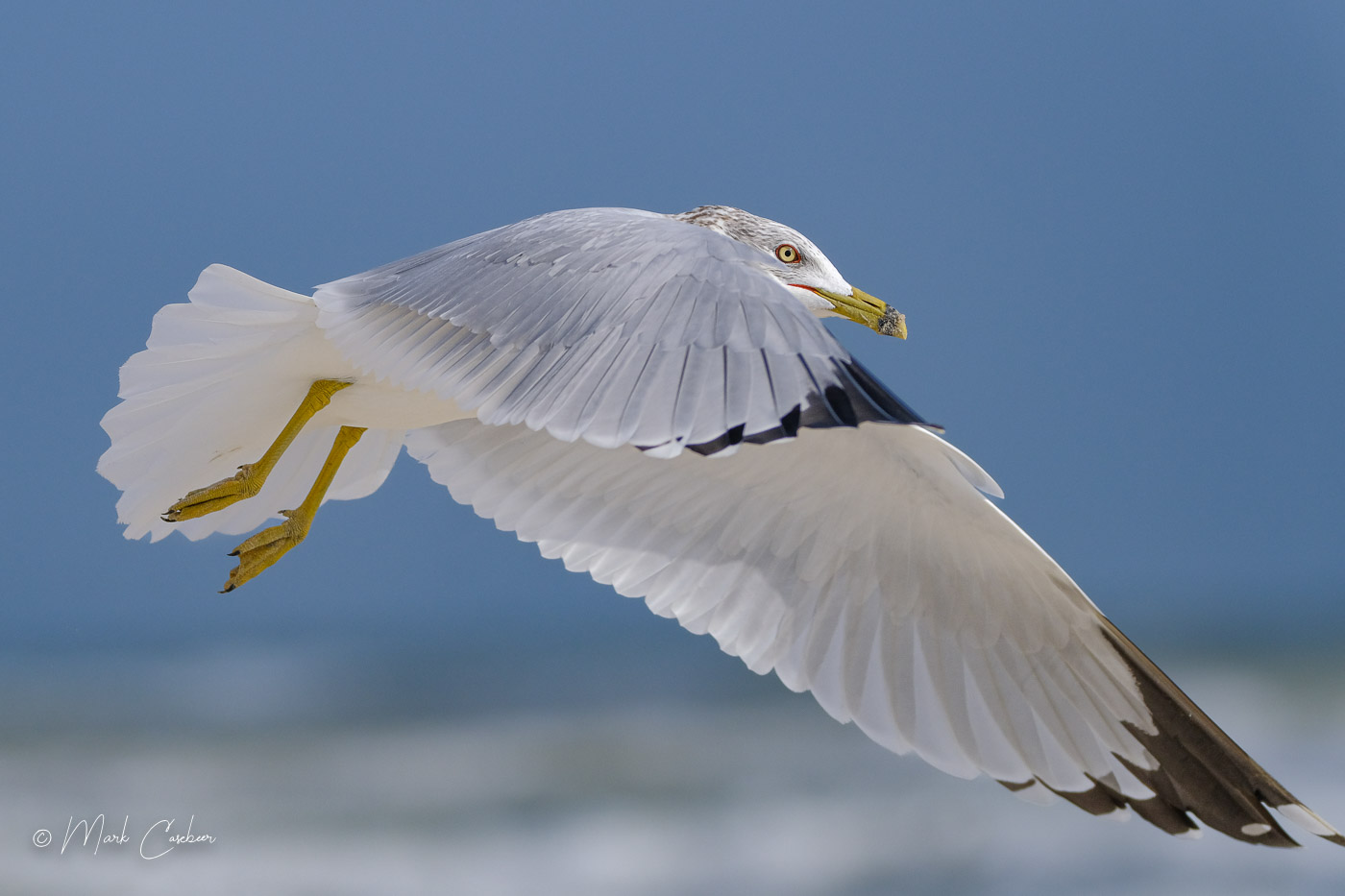 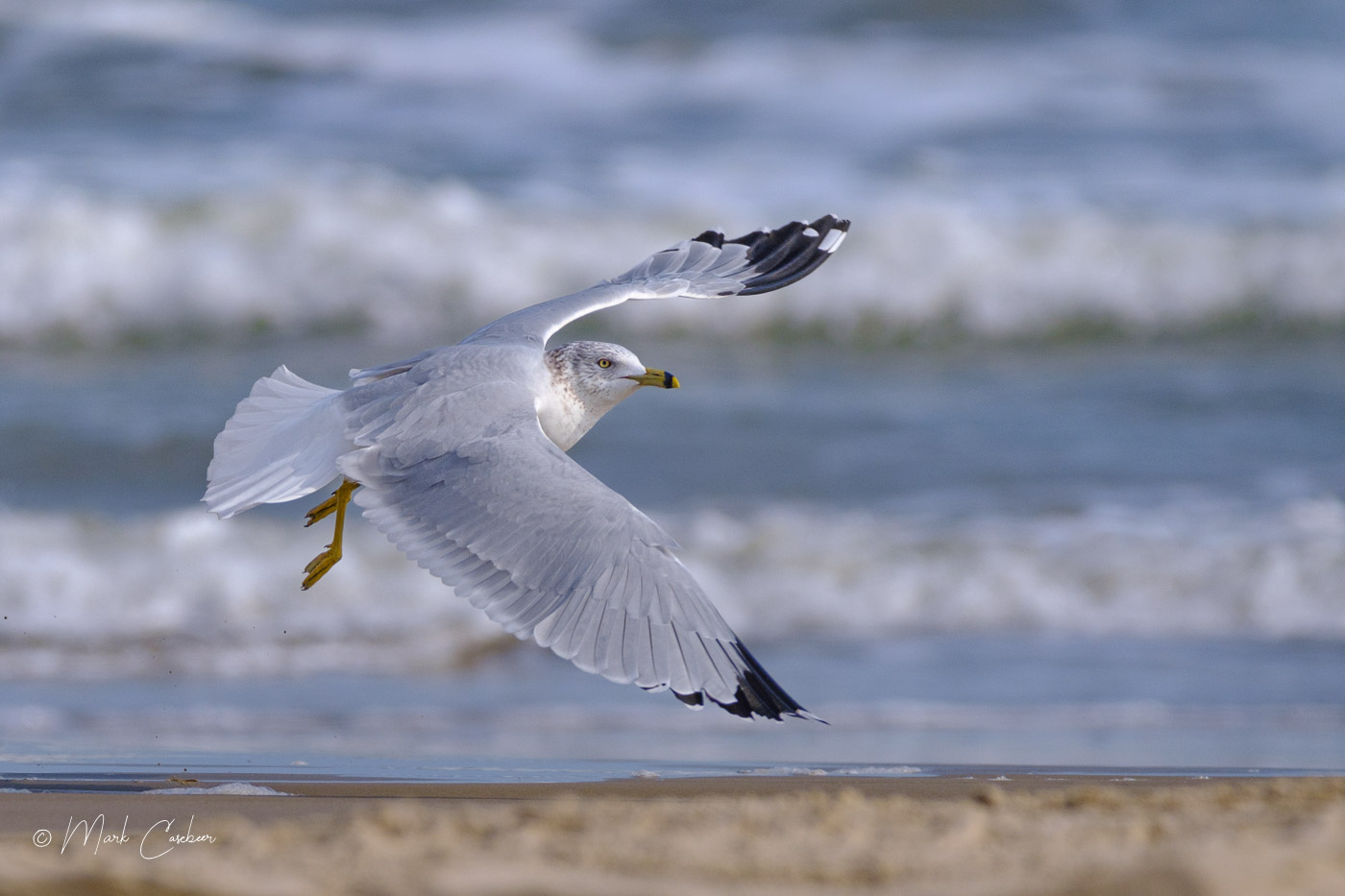 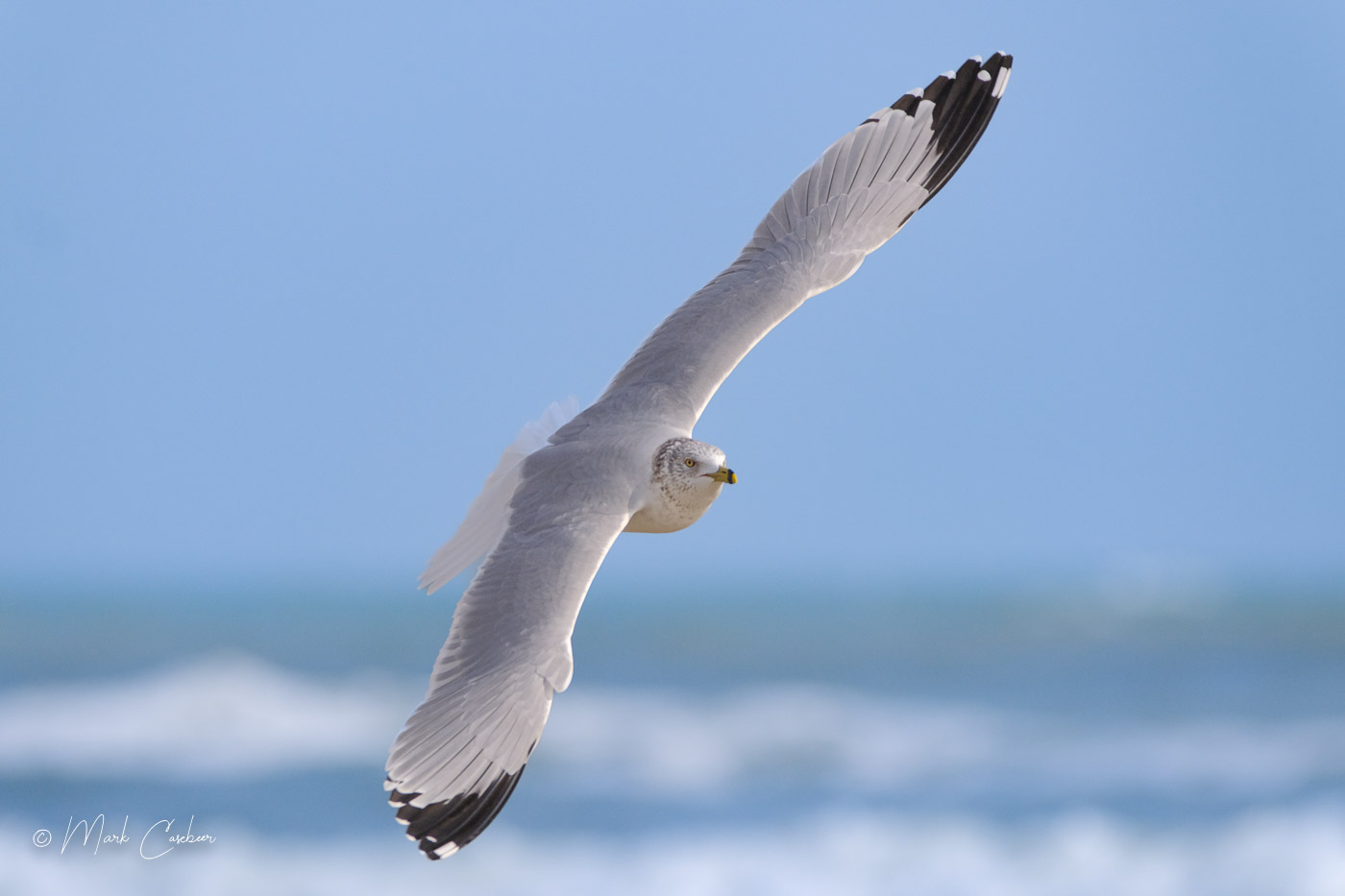 We spent most of the afternoon enjoying the beach and its uniqueness. I also enjoyed watching the gulls on the beach seeing how they take off and land. They can be very comical at times. 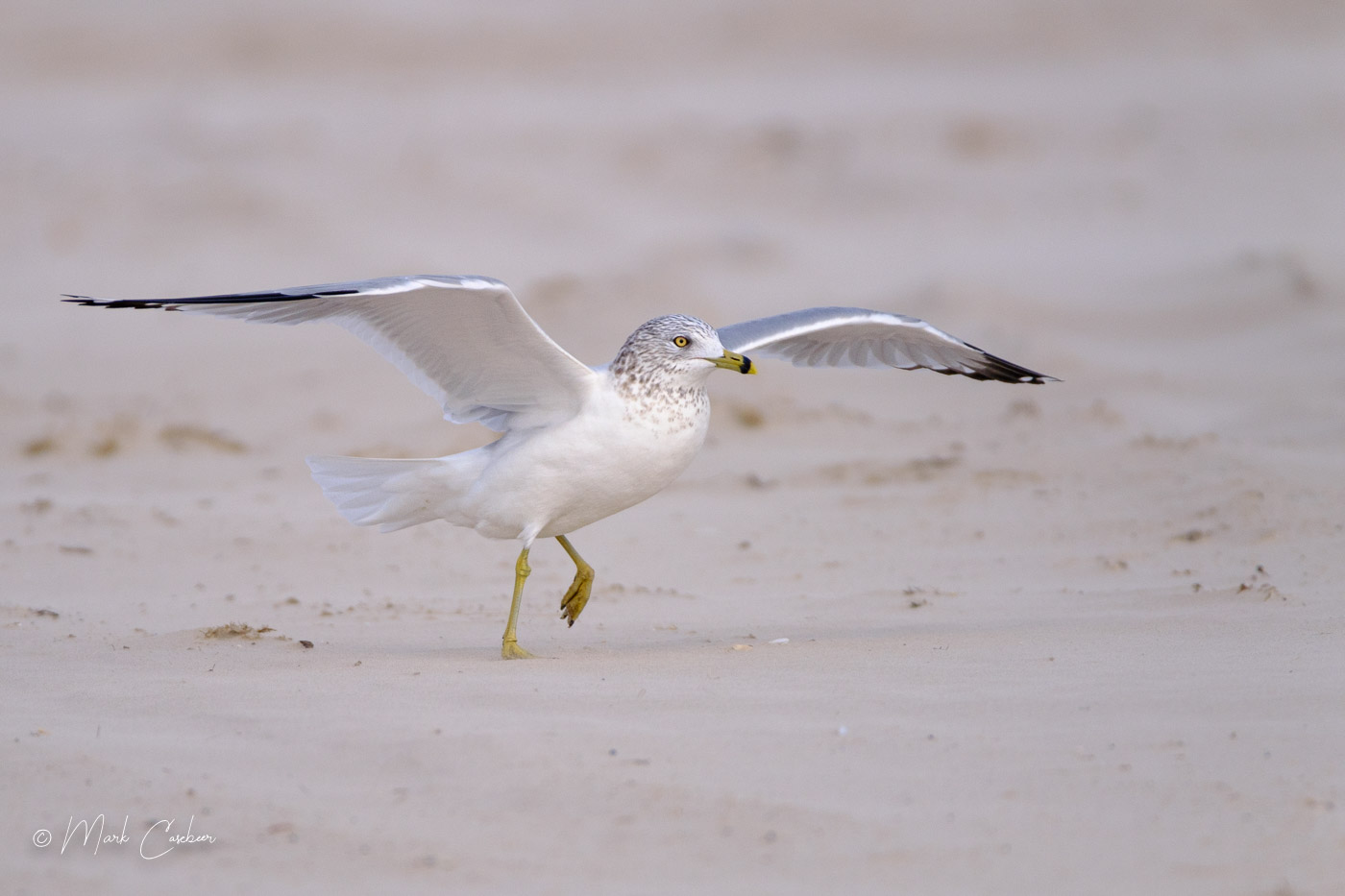 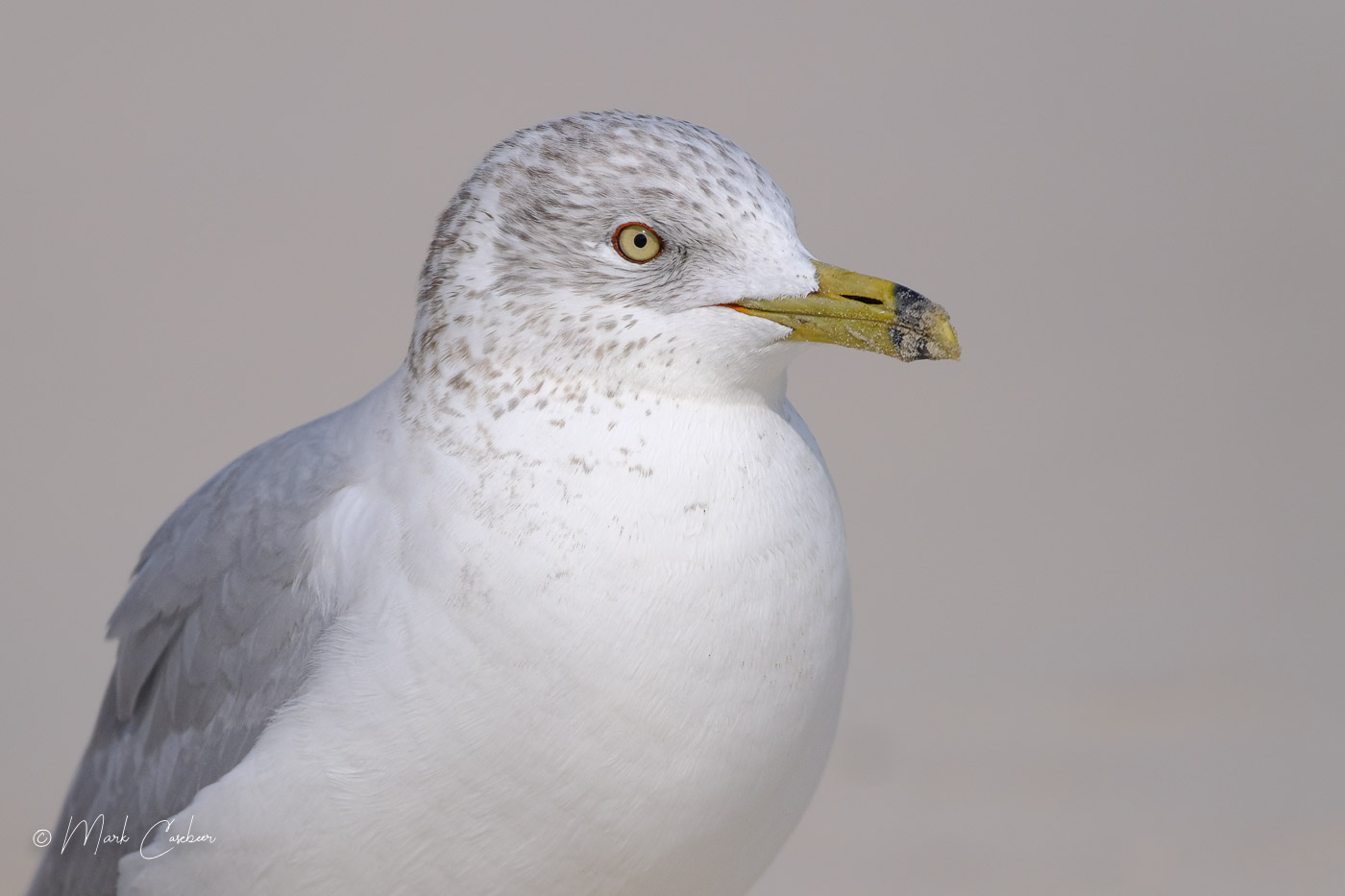 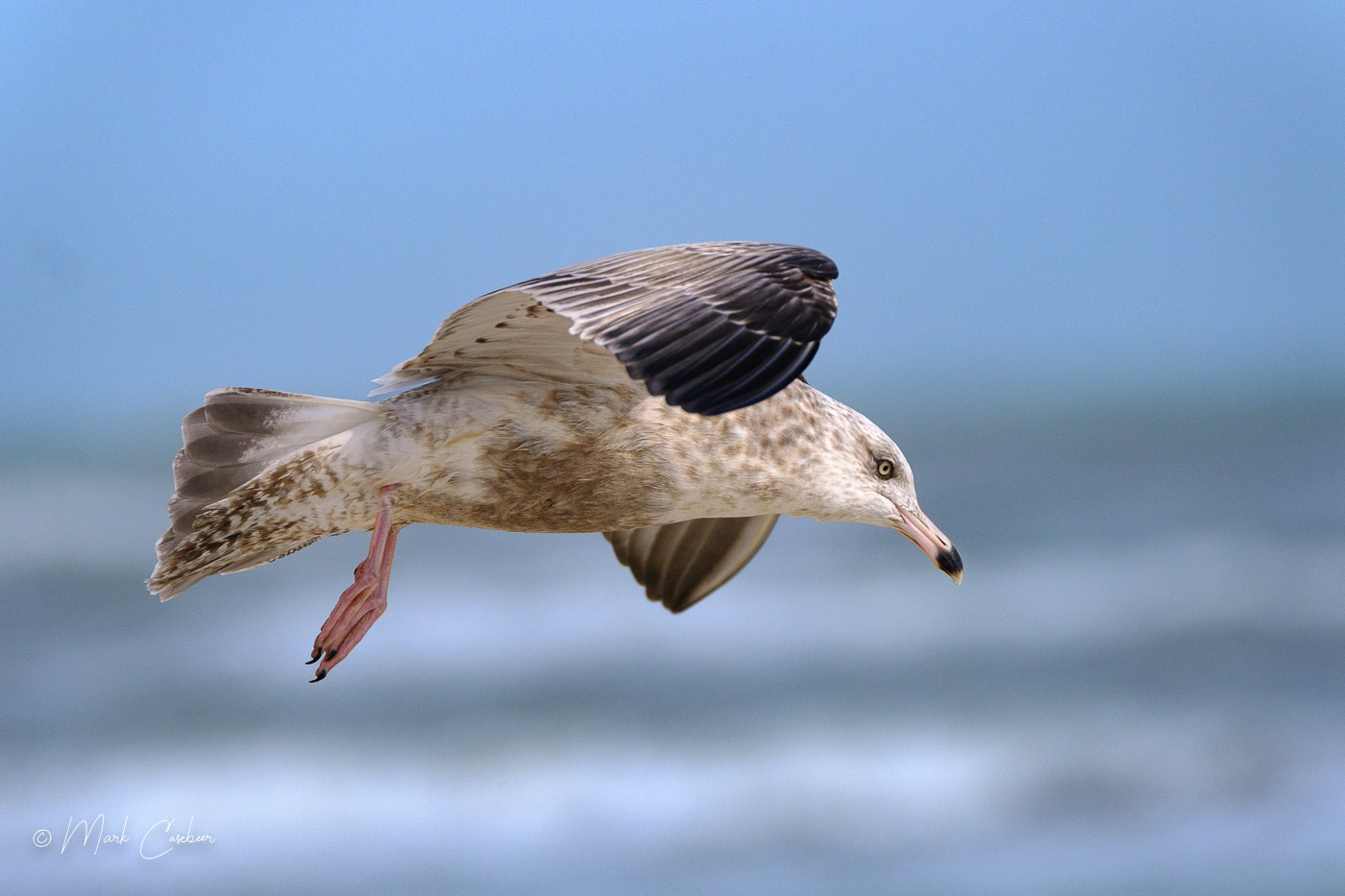