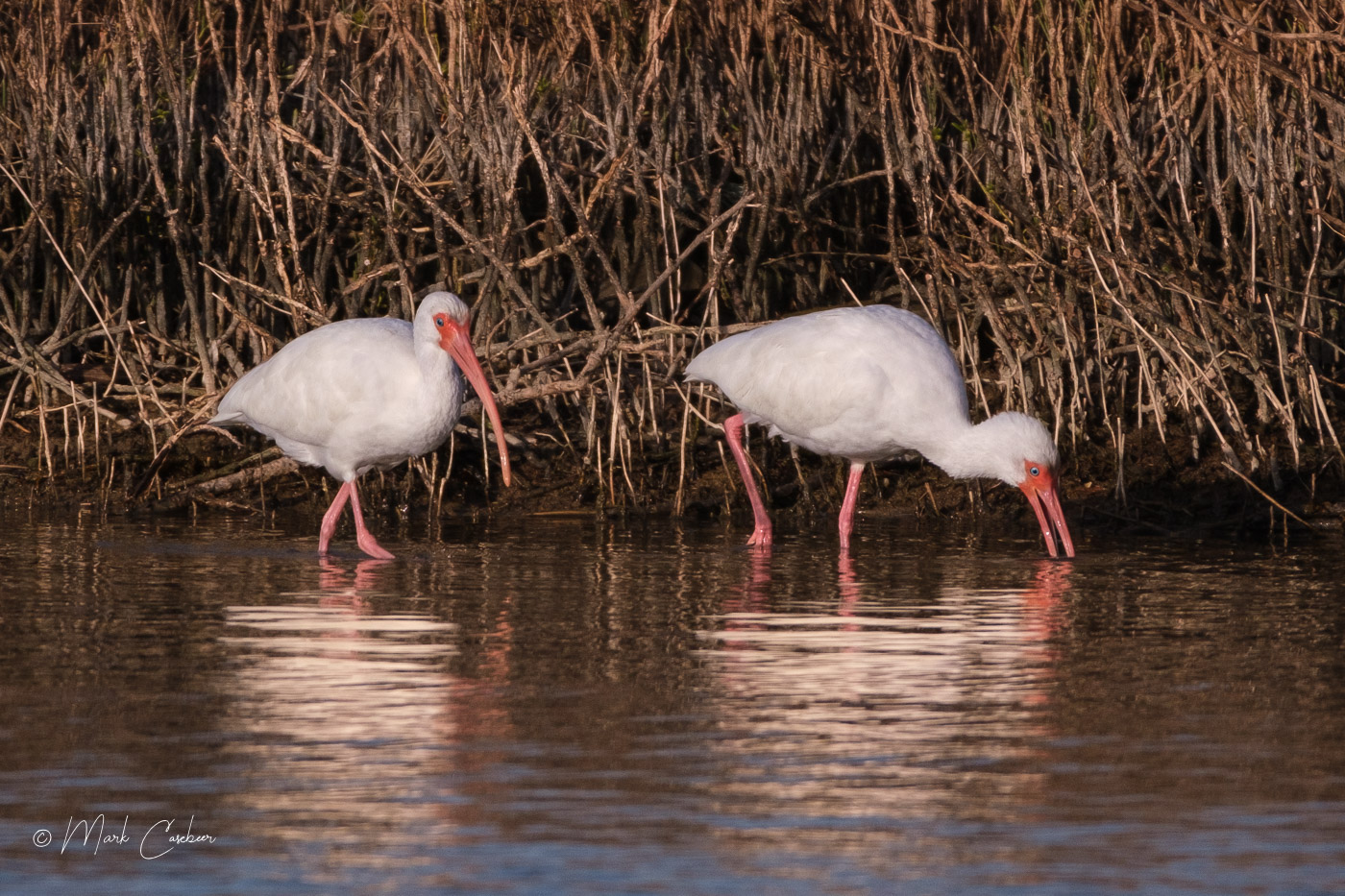 Late Afternoon at the Marina

As I drove into the Marina I passed the fish cleaning station, and there was nobody cleaning fish, so I didn't see any birds, and I continued to the end of the parking lot. After parking and getting out my gear, I surveyed the area and spotted a Roseate Spoonbill.

It was around sixty degrees, and the wind was still blowing; it felt much colder. A narrow channel leads out into the bay, and the Spoonbill nestled up against the bank. I suspect trying to stay out of the wind. 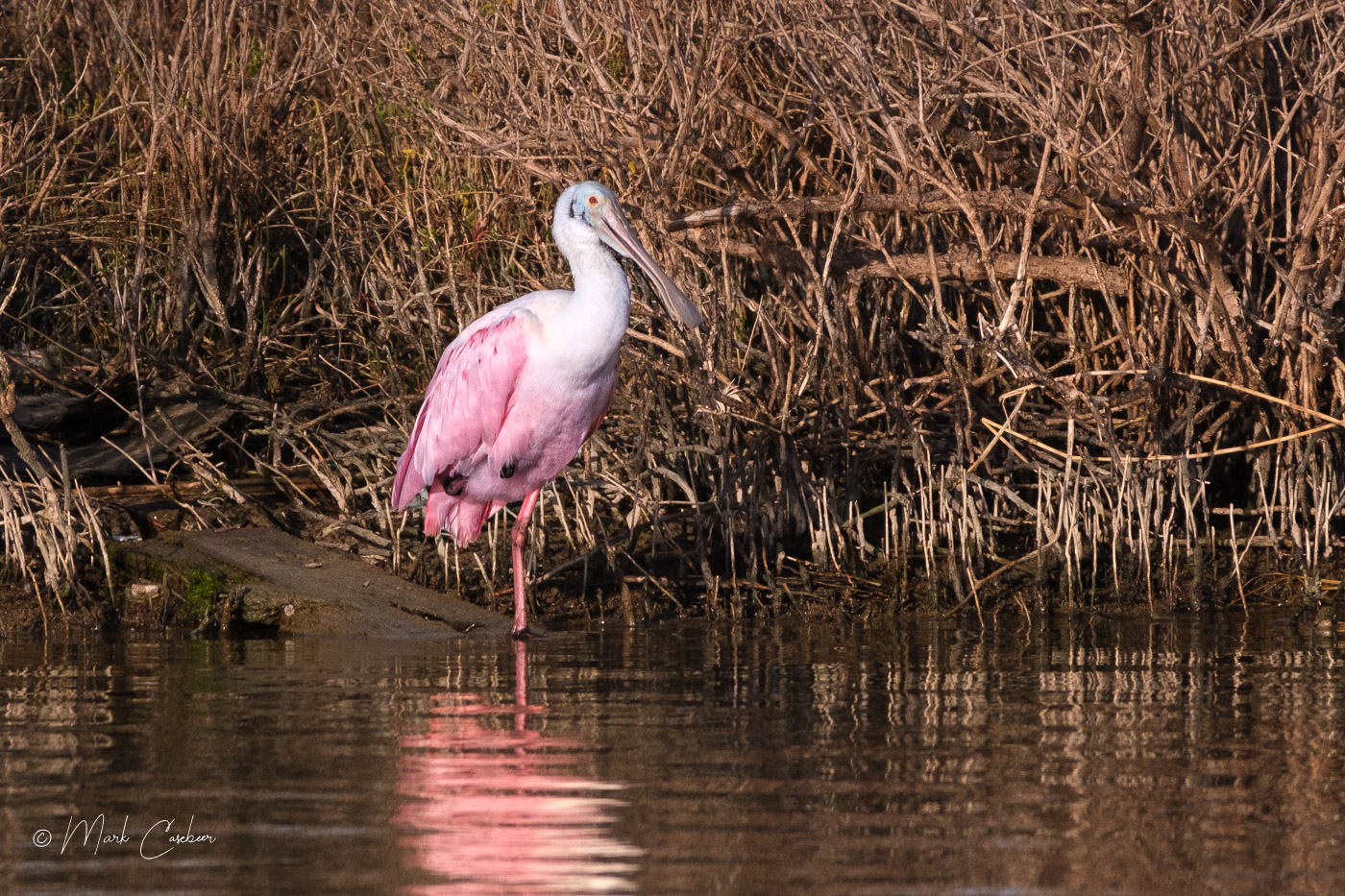 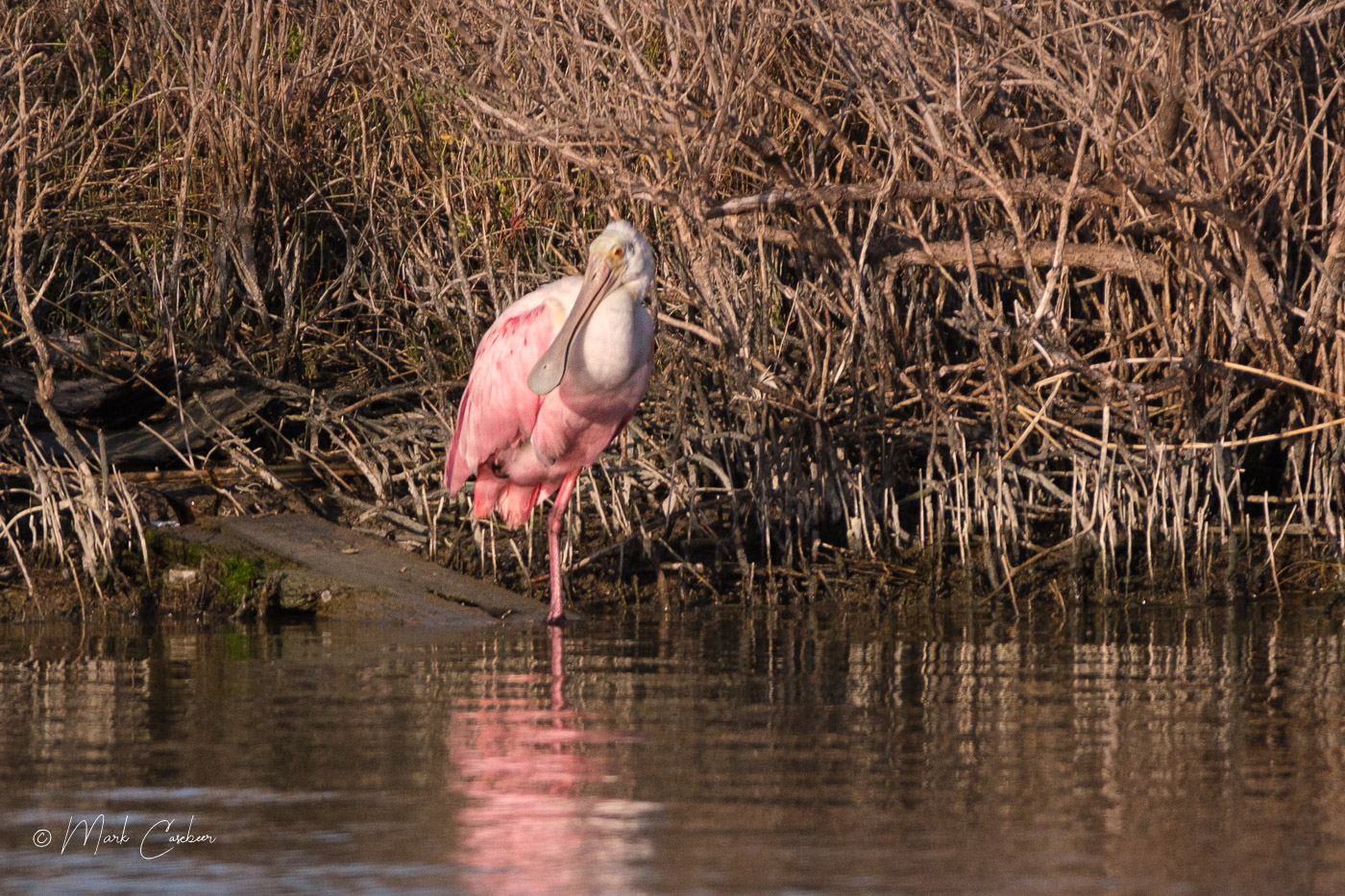 As I watched the Spoonbill, a pair of White Ibis swam along the bank looking for food. With pink facial skin, bills, and legs that turn scarlet during the breeding season. I was hoping they would take flight as they have black tips on their wings, but I had no such luck. 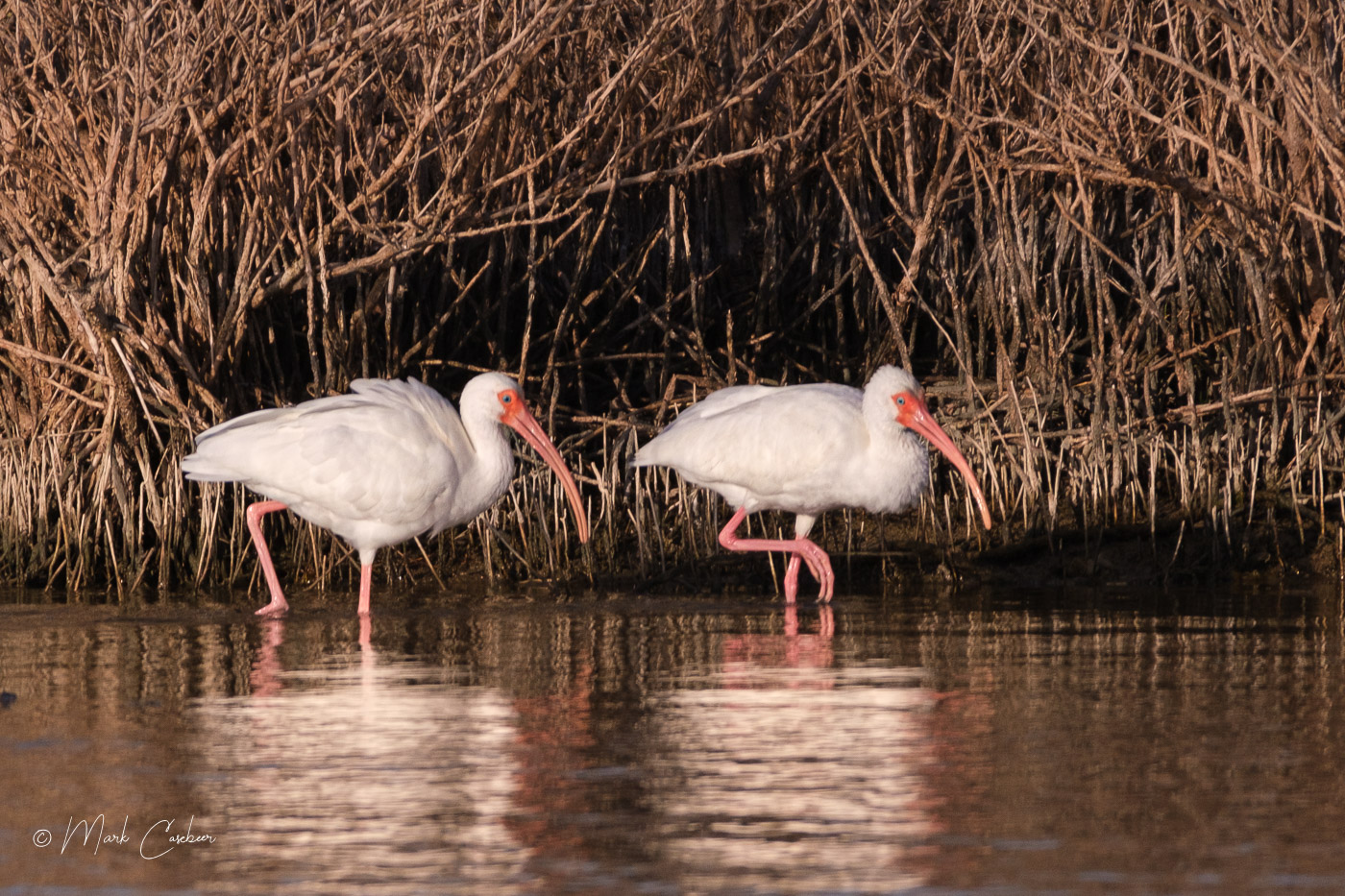 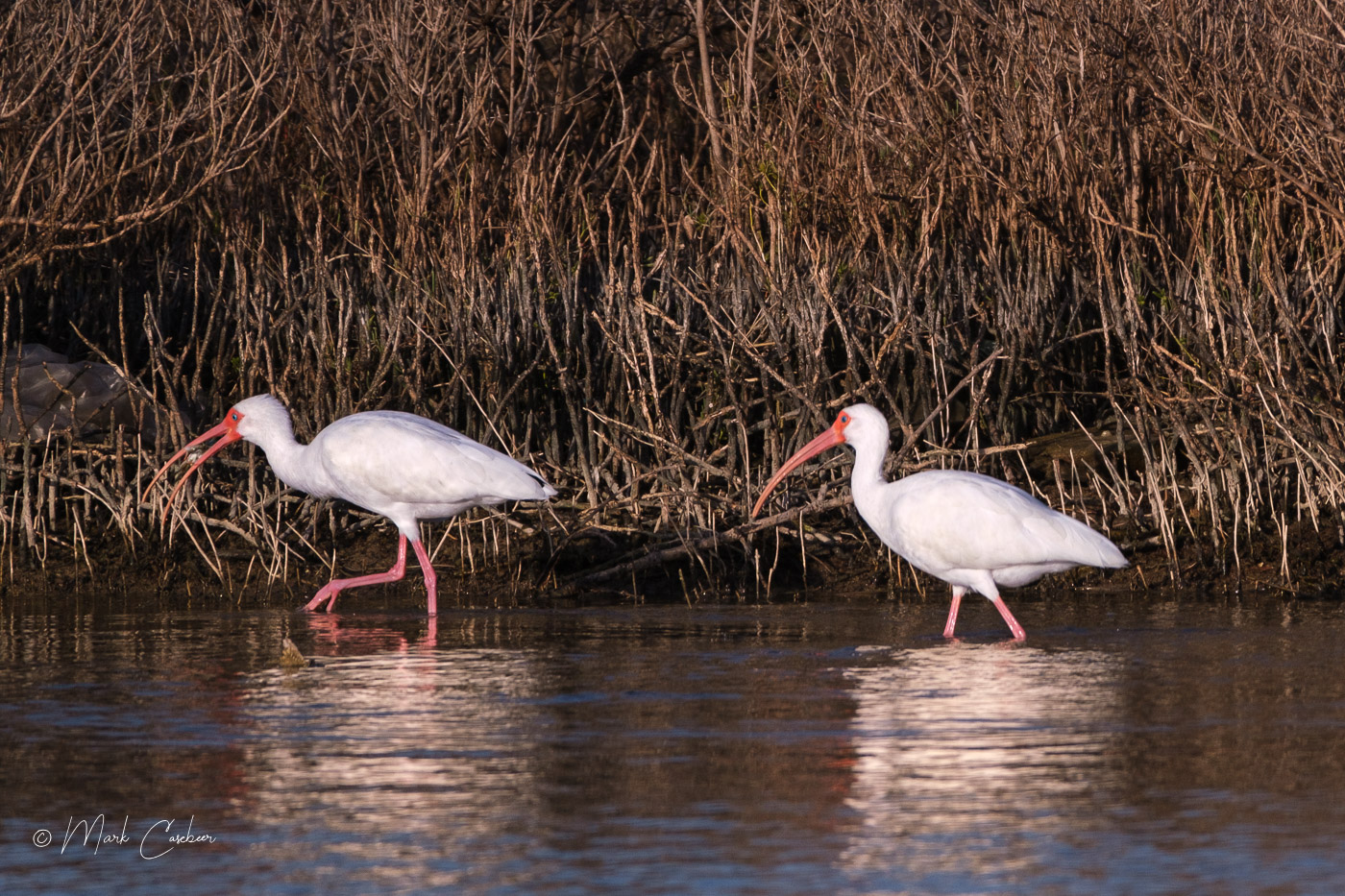 After about an hour watching the Ibis, a Tri-Colored Heron flew to the right of the Ibis. It caught my attention and looking further, and I noticed a group of Spoonbill and Tri-Color Herons. I hoped some would venture toward me, but they stayed further out in the wetland area. 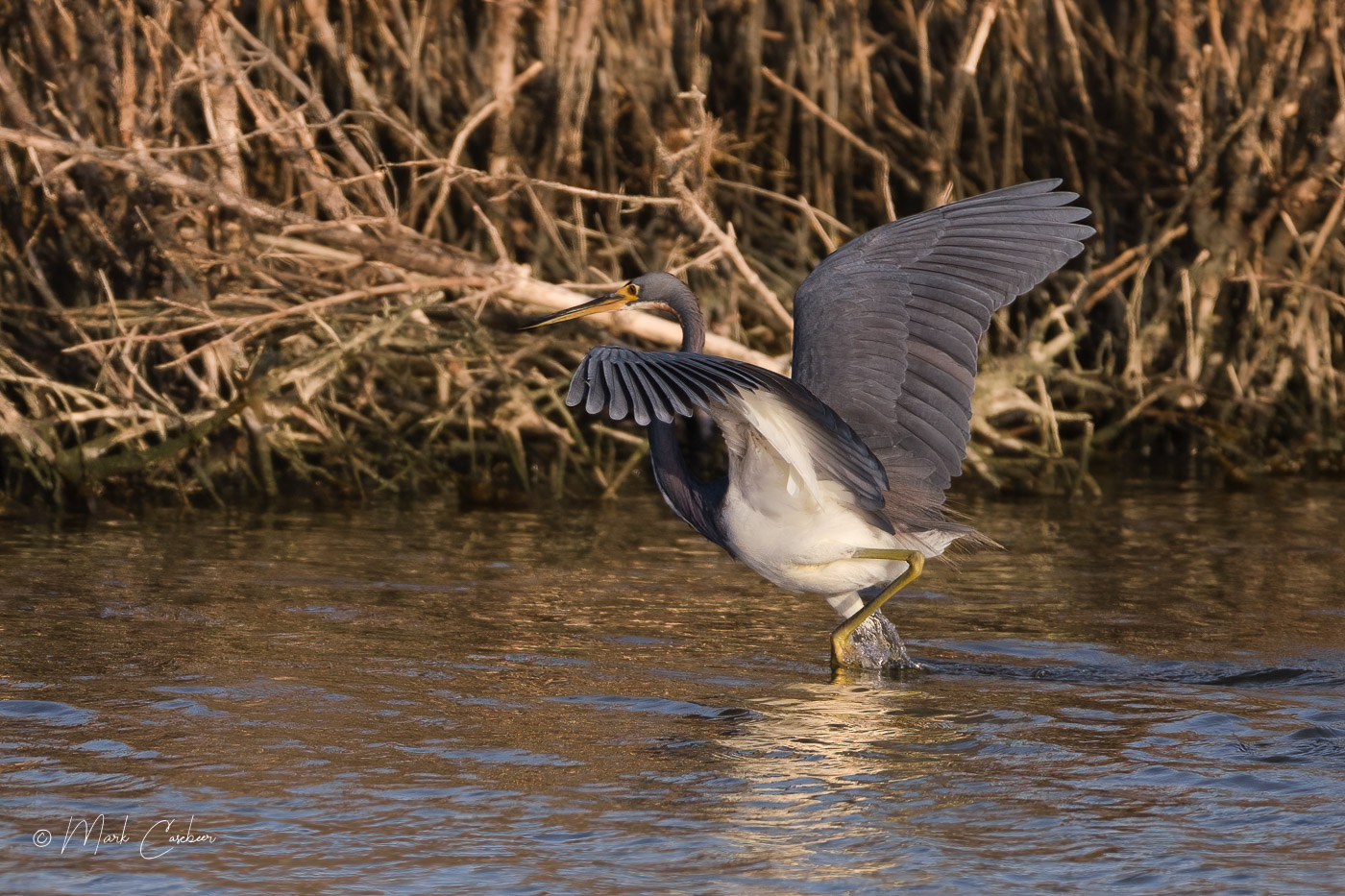 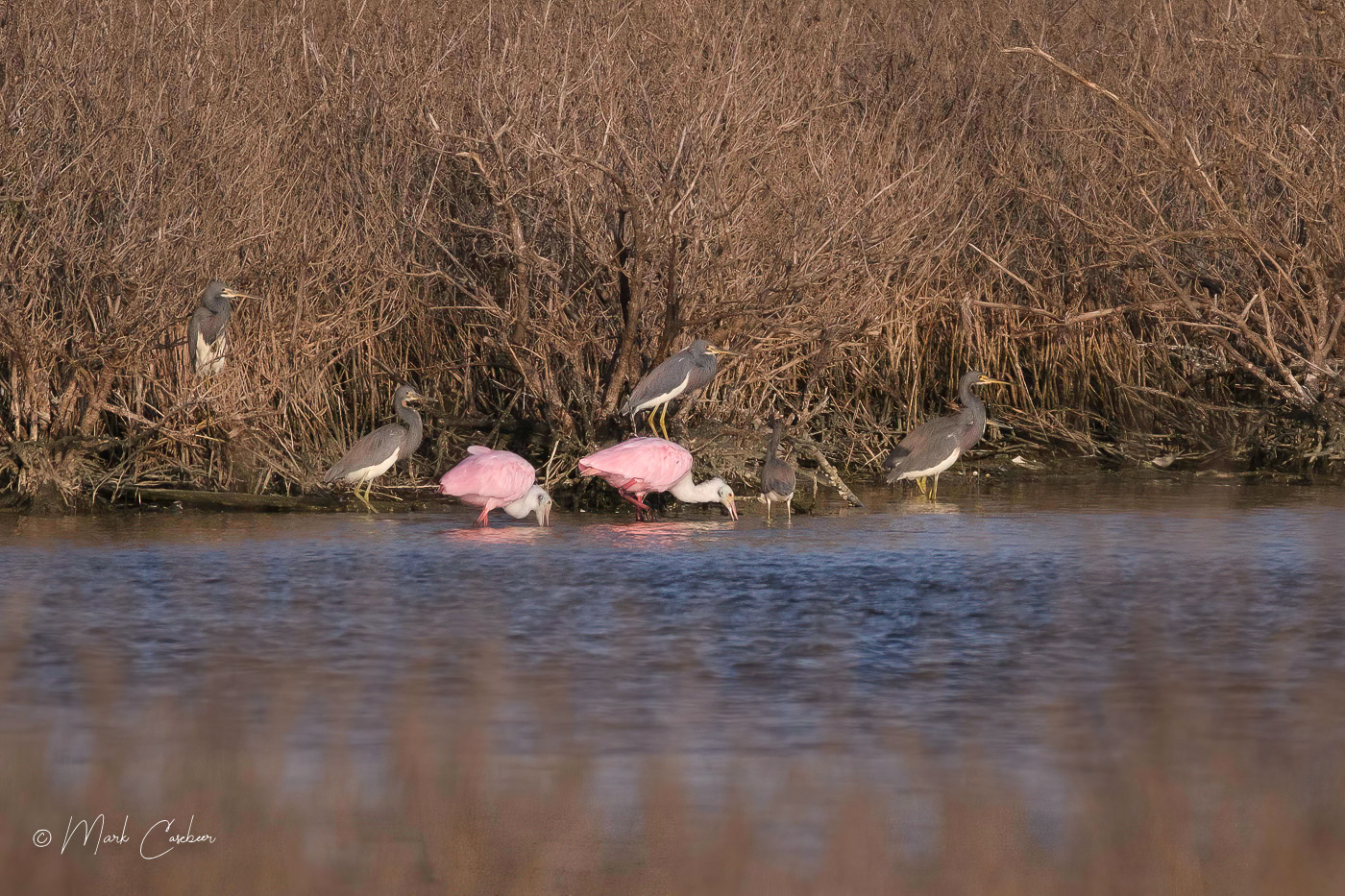 As I was photographing the birds, this juvenile Double-crested Cormorant appeared out of nowhere and was looking straight at me to say, "Hey, what are you looking at." It dived and swam close to me for about fifteen minutes before it appeared and posed for me one last time. 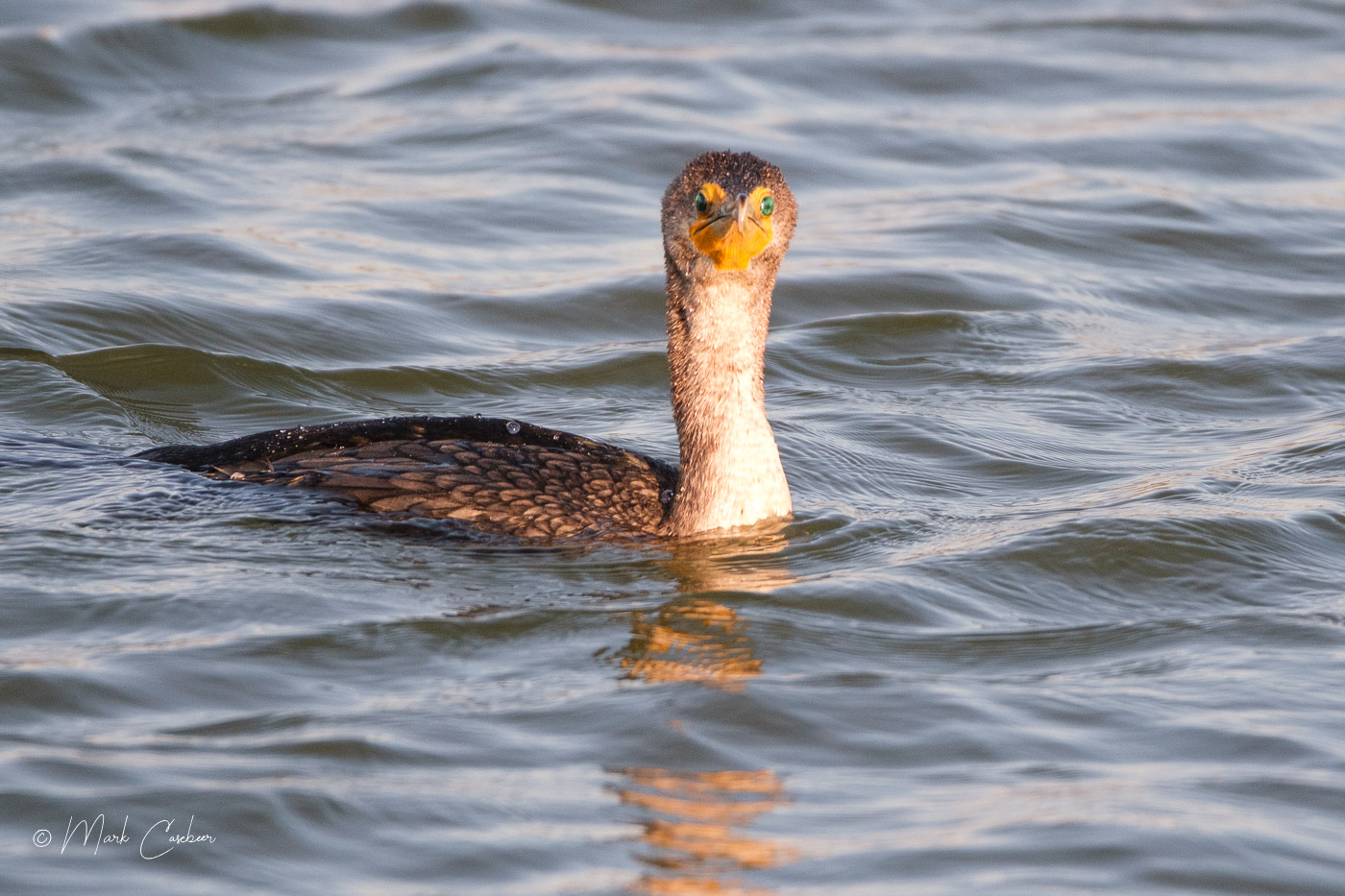 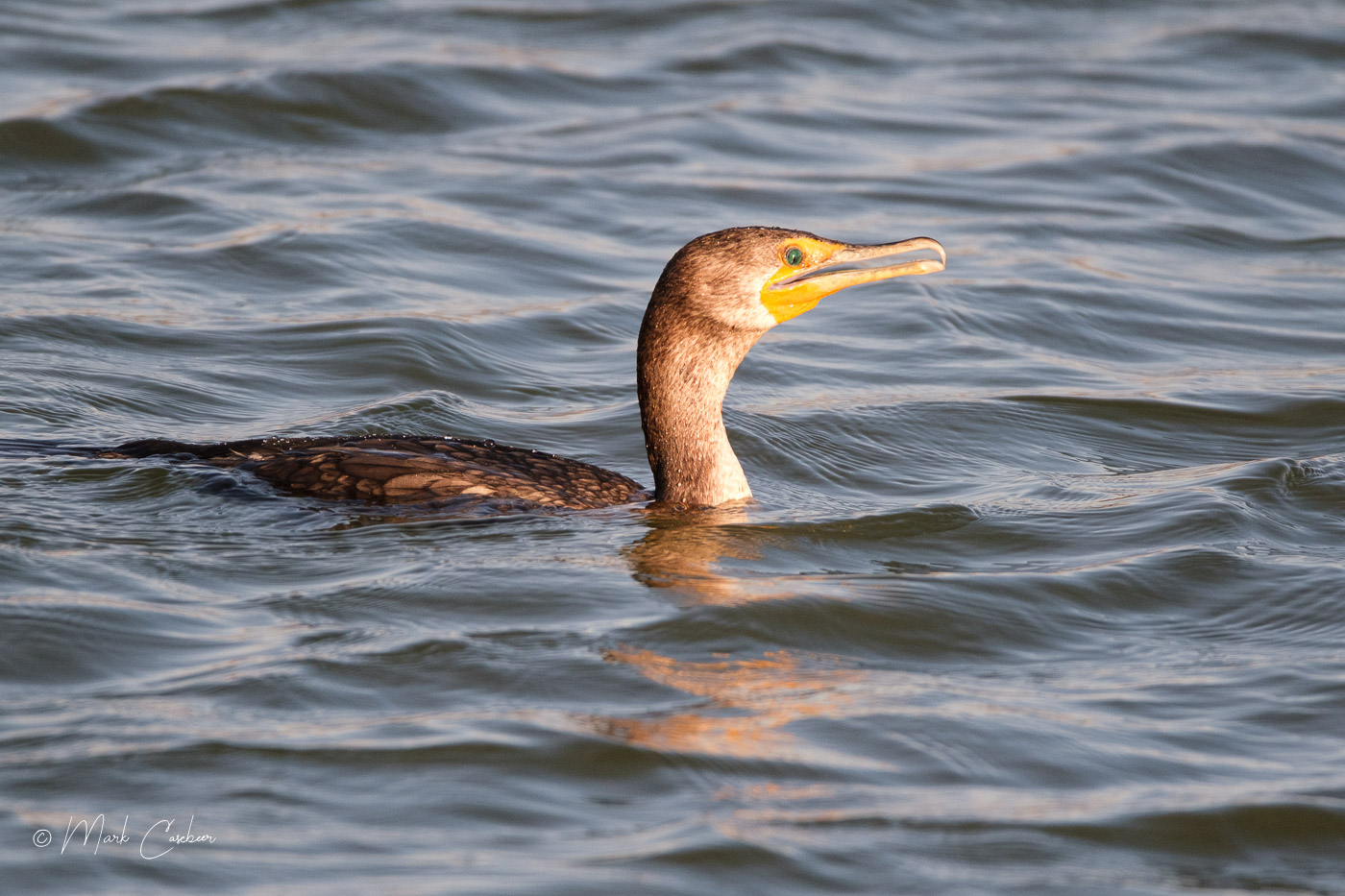 I was disappointed that none of the birds flew while I was photographing them; maybe it was the windy, cool temperatures?