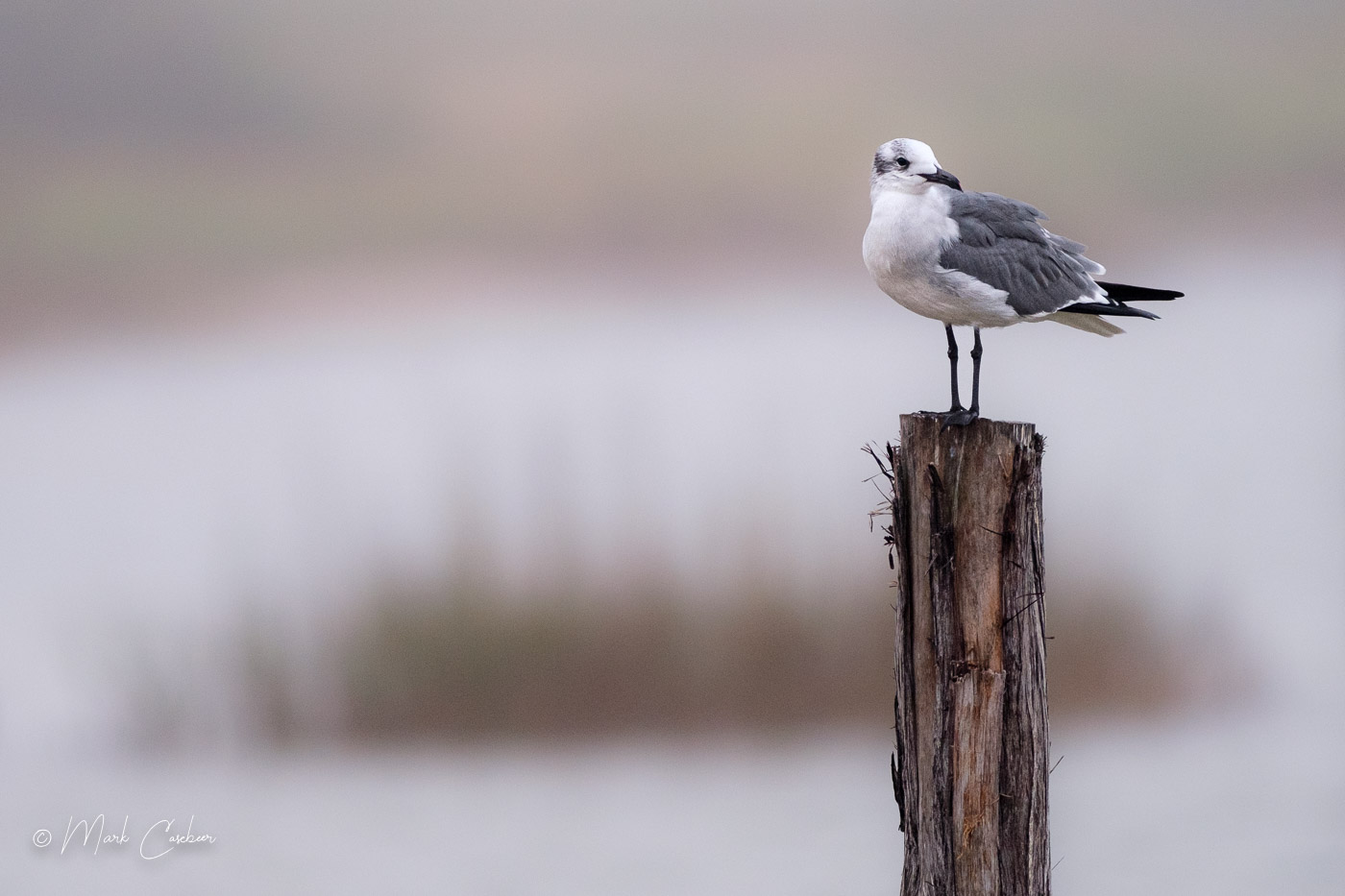 On my first trip of the winter, I decided to drive to an area just outside of Rockport/Fulton, where I did a lot of photography last winter. The forecast was cloudy, with early fog burning off around ten. I arrived just before daylight and parked on the coast just past The Big Tree area. 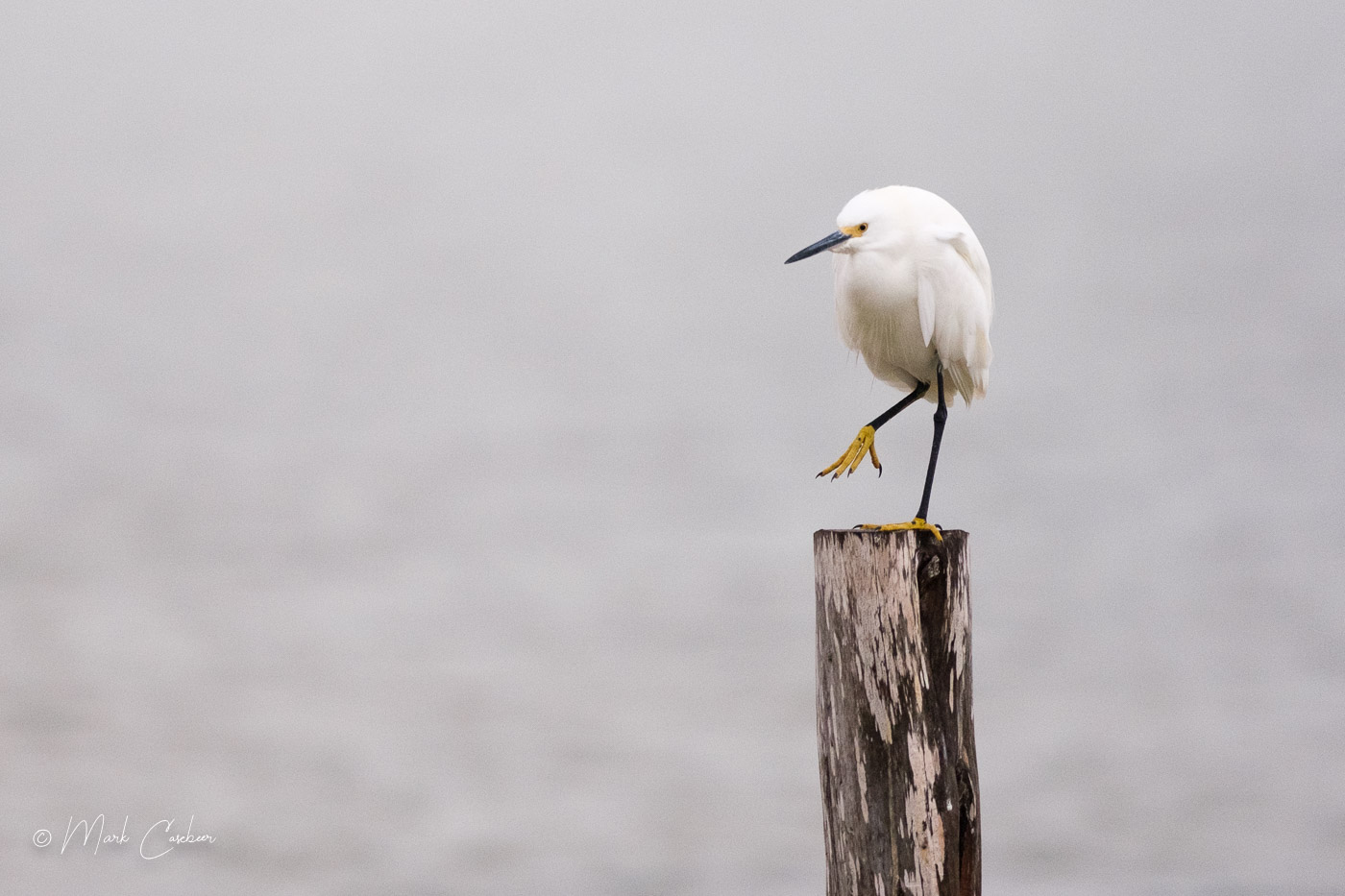 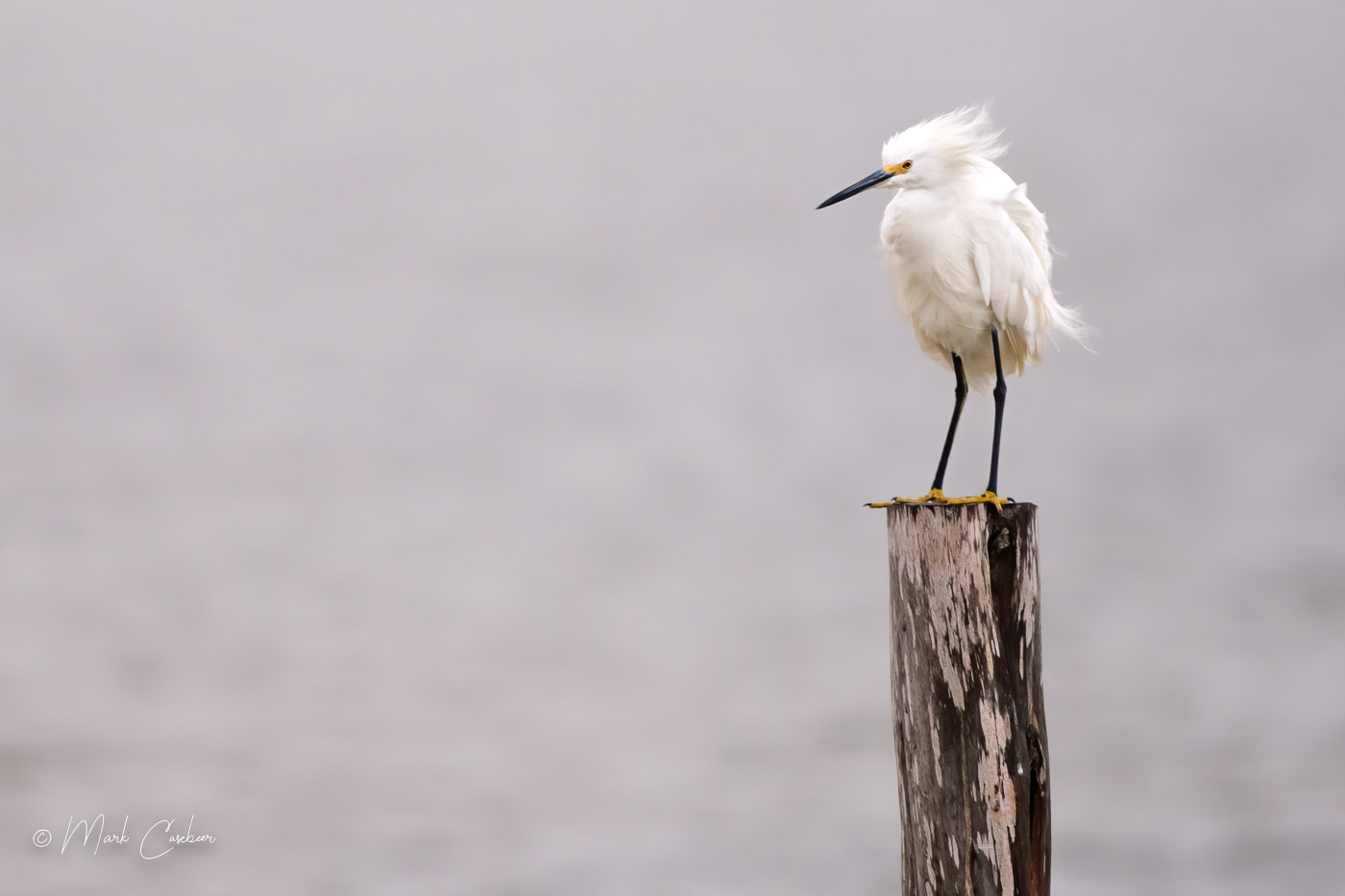 As I drank my coffee and waited for daylight, I hoped the forecast was wrong, and I would get some sunrise shots. I had my 16mm 1.4 lens ready on one of my cameras, and as daylight approached, the fog rolled in; combined with cloudy skies I knew there would be no sunrise pictures today.

There was a row of old dock posts where I parked, and suddenly a Snowy Egret flew in and landed on one of the posts. I watched and photographed the smaller Egret for about an hour, waiting for the fog to clear. 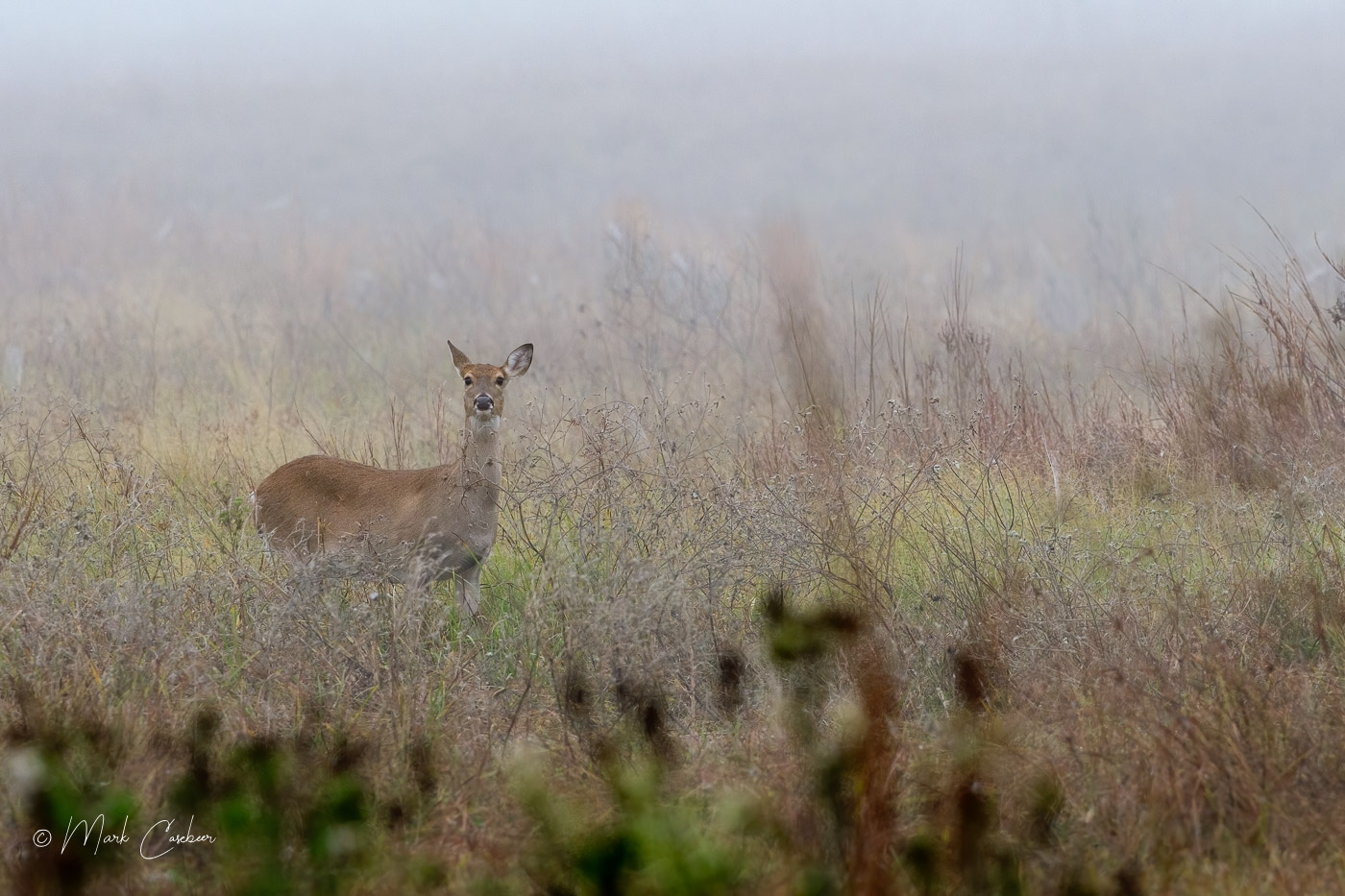 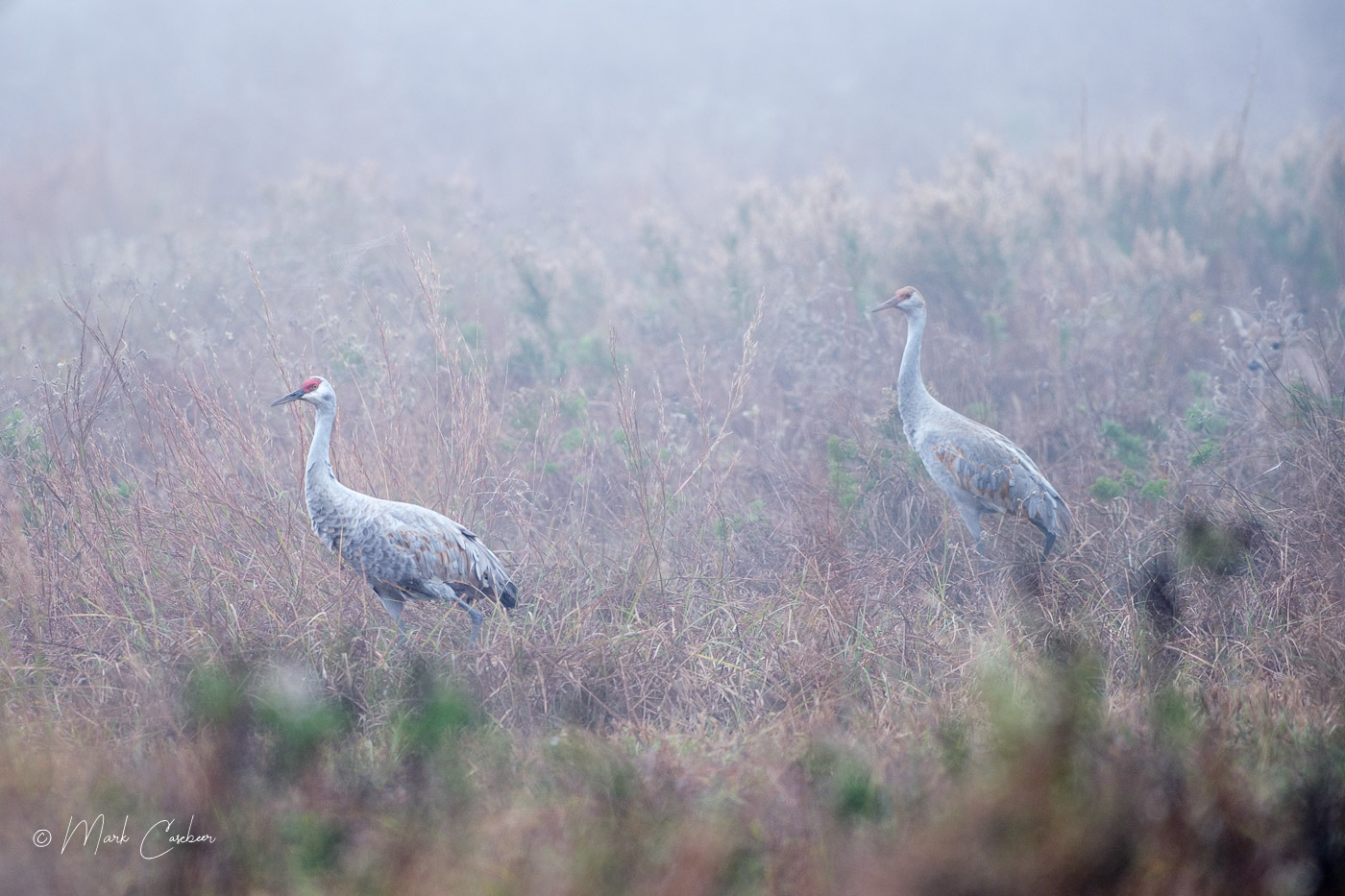 I decided to turn around and visit The Big Tree for a short walk still hoping for the fog to lift. The Big Tree is part of Goose Island State Park but not in the Park itself. I had planned on going into the State Park but the weather just didn't cooperate.

As I was walking, I saw this little doe watching me and a pair of Sandhill Cranes. As you can see, the fog was still thick. 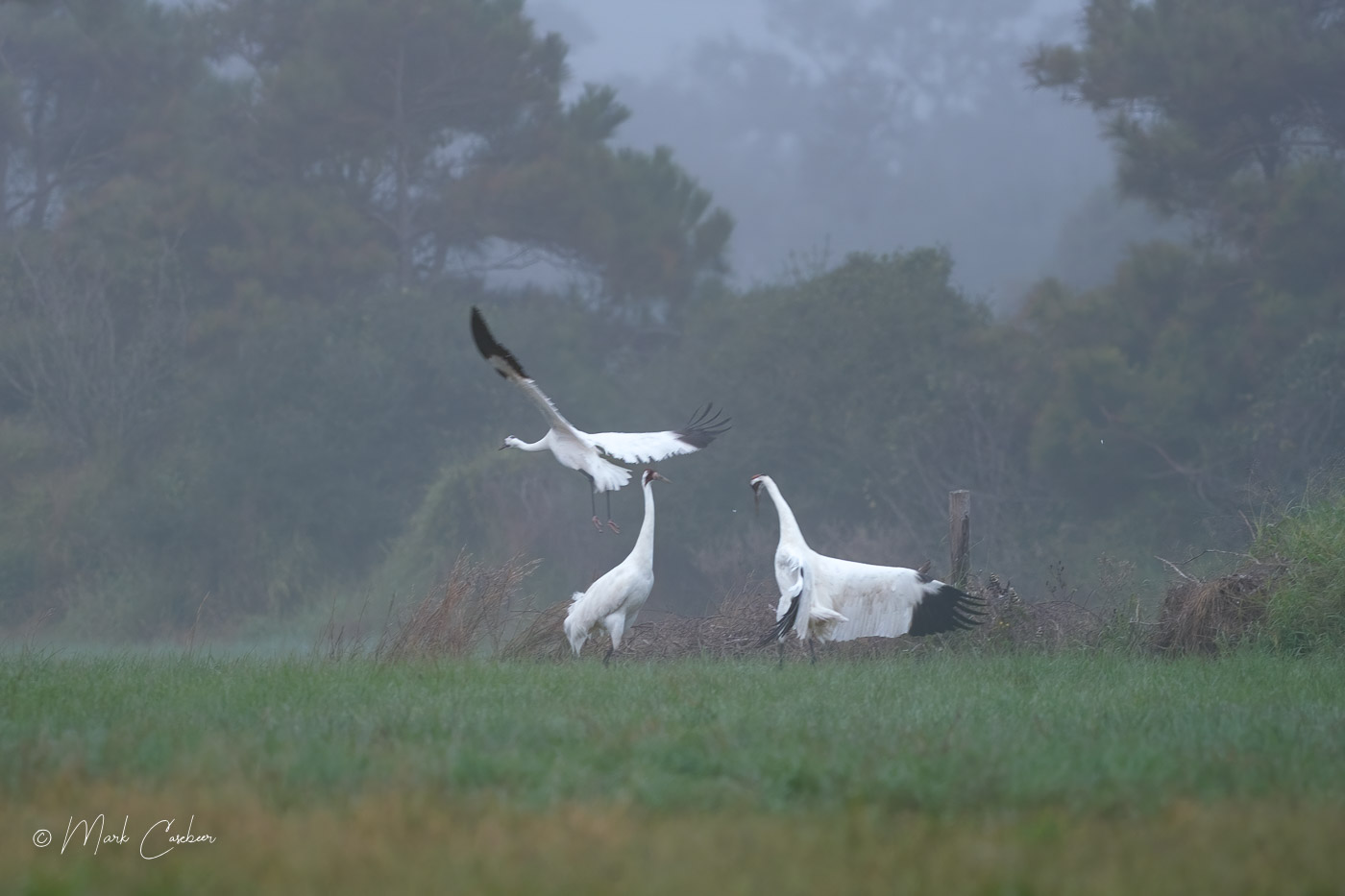 I drove around the area, and I did see some Whooping Cranes in the distance. I'm always amazed at the size of these Cranes. In my opinion, they are one of the most beautiful birds. There was a group of four, and I wondered if they were the same group of four I photographed last winter. 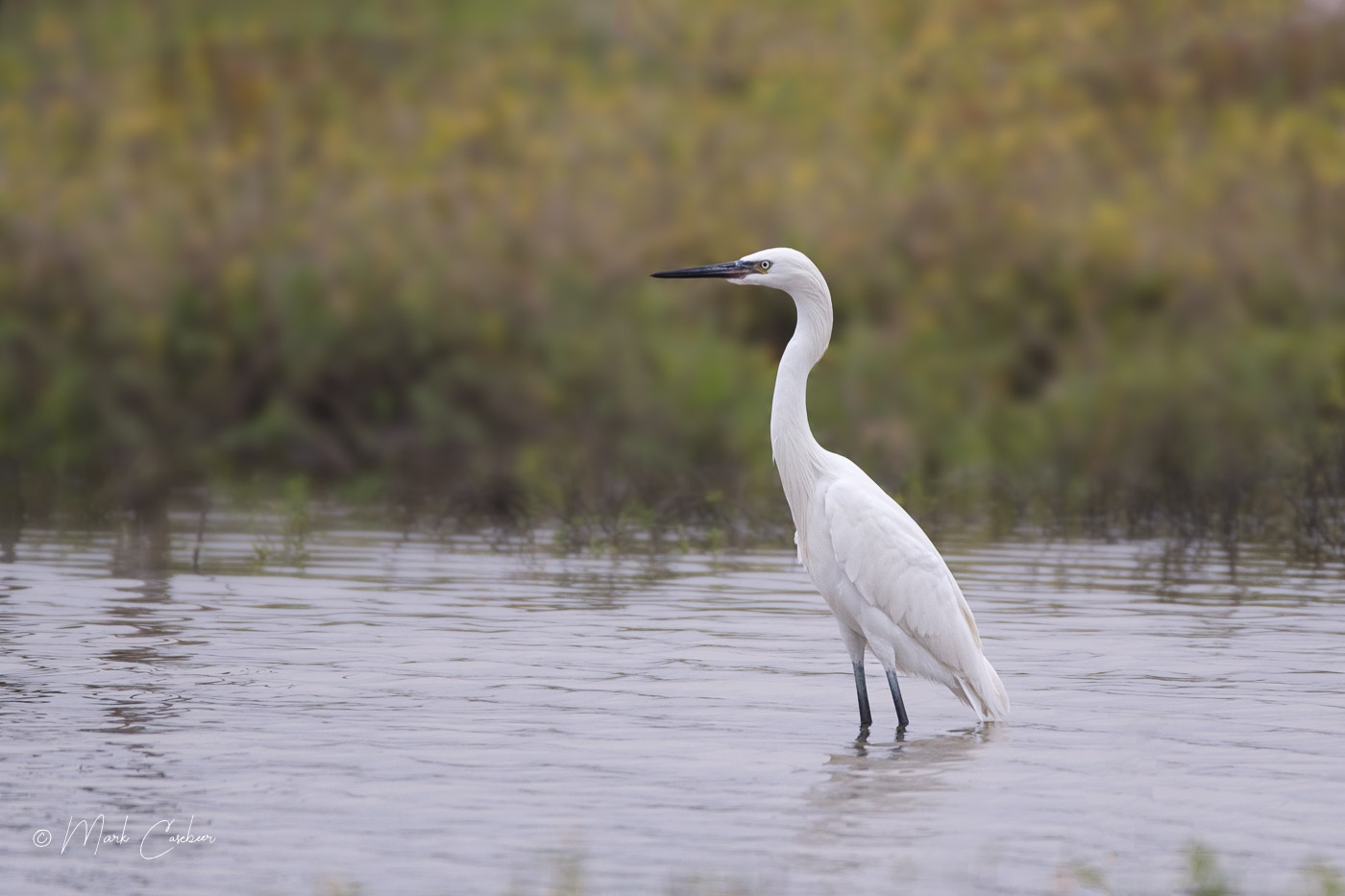 On my way back to the RV Park, I spotted this Egret in a wet area along business Highway 35. At least most of the fog had cleared. I was a little disappointed that the fog stayed so late in the morning, but I'm sure I'll have more clear mornings to photograph.